The contract is expected to take approximately 17 months to complete and will involve more than 70 technical and management personnel.

The LCAC is to be an amphibious craft designed to operate on a cushion of air contained by a flexible skirt. The craft will be capable of traveling at high speeds over both the land and water.

Rohr Marine is one of two contractors selected by the Navy to conduct this phase of the craft development. Upon completion of Beaumont. Texas the System Design and Specification work, the Navy will select a single prime contractor who may expect to be awarded contracts for the subsequent Subsystem Design and Pilot Production Phase of the Program. Current Navy plans call for a buy of six craft in the pilot production phase prior to full production. The craft is being developed by the Navy's Amphibious Ship Acquisition Project Office. 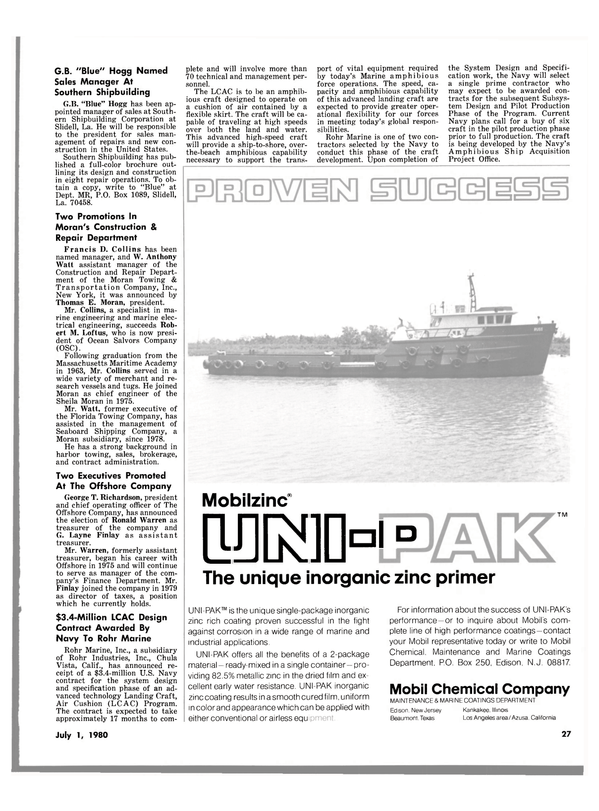