Zidell of Portland, Ore., recently delivered the Rosemarie, an oceangoing tank barge built in Tacoma, Wash., for Pacific Northern Oil. Her Grade D petroleum capacity of 24,000 barrels makes this 230-foot barge the second largest of its kind in Puget Sound.

The barge was christened at Johnny's Dock in Tacoma by Mrs.

Laura Gosselin, mother of the late Rosemarie Politeo, for whom the vessel is named. Mrs. Politeo was the wife of Stephen Politeo Sr., Pacific Northern's vice presidentindustrial marketing.

The Rosemarie has a completely integrated piping system for suction and discharge, heating coils, and an onboard strainer system. The duel pumping system is capable of pumping fuel from either port or starboard tanks, and filters fuel before and after it leaves the vessel's tanks. Underdeck piping permits the barge to carry deck cargo. She will be used primarily for ship bunkering and fuel transfer in Seattle, Portland, and Alaska. The Rosemarie will be operated by Pacific Northern Marine, a sister company of Pacific Northern Oil.

When Pacific Oil was founded in 1973 it did not sell oil to the marine industry, relying heavily on sales to industrial customers.

In 1977, however, the company gambled with the possibility of attracting many ships to bunker in the Northeast rather than in Los Angeles, Japan, or Europe.

When the North Slope crude from Alaska began to flow, so did Pacific Northern's growth. Since 1977 the company has grown 780 percent; sales figures for 1980 are expected to be in excess of $180 million. Pacific Northern currently services more than 50 percent of the ships that bunker in Portland and Seattle. 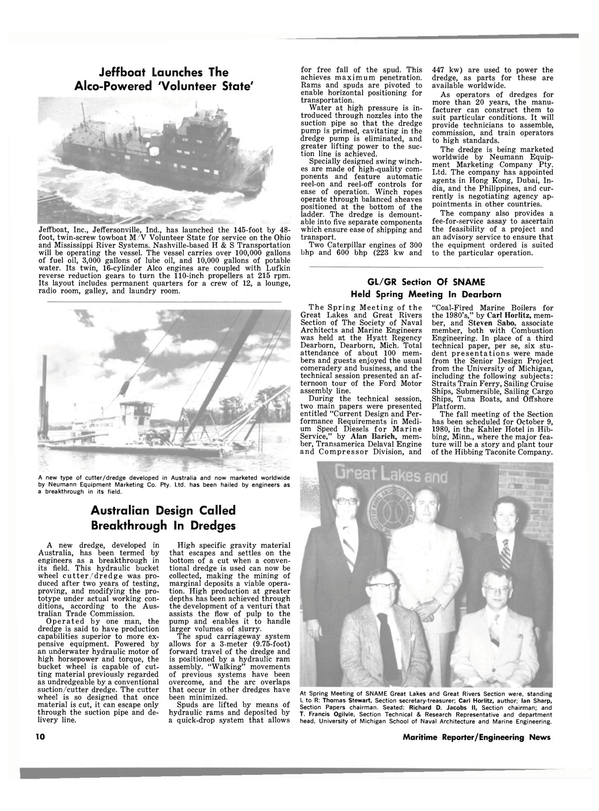