The M/V Burns Harbor, Bethlehem Steel's third 1,000-foot-long Great Lakes oreboat, was christened recently in ceremonies at Sturgeon Bay, Wis. Named in honor of America's most modern s t e e l m a k i n g plant, Bethlehem's Burns Harbor, Ind., complex on the southern shore of Lake Michigan, the Burns Harbor is being built at Bay Shipbuilding Corporation, a subsidiary of the Manitowoc Company, Inc. of Sturgeon Bay. The vessel is expected to go into service in July. The boat will t r a n s p o r t taconite pellets produced at Bethlehem's plants in Minnesota to its Burns Harbor and Lackawanna, N.Y., steel plants.

In brief remarks during the festivities, Mr. Rough noted that construction of the new boat is another indication of Bethlehem's commitment to investing huge amounts of capital to provide the latest in technological advancements in all phases of its operations.

Upon delivery, the Burns Harbor will join the Lewis Wilson Foy (also built by Bay Shipbuilding) and the Stewart J. Cort to make Bethlehem the only company with three 1,000-footers on the Great Lakes. Addition of the third 1,000- footer will give Bethlehem a seven- vessel Great Lakes fleet which, measured in terms of average age and average vessel capacity, is the newest, most efficient fleet on the Lakes. To achieve this distinction, Bethlehem has invested approximately $125 million in its Great Lakes fleet during the past decade.

Capacity of the new boat is 58,000 gross tons, the same as the Foy and 2,000 tons more than the Cort. Like Bethlehem's two other 1,000-foot vessels, the Burns Harbor is a self-unloader. Equipped with a 250-foot unloading boom, the new boat is capable of discharging its cargo at the rate of 10,000 gross tons an hour.

The Burns Harbor, 10 stories tall from its engine room floor to the pilothouse, is powered by four diesel engines driving twin fourblade, HVs-foot-diameter, controllable- pitch propellers. Total engine output is 14,000 bhp. With a d i s p l a c e m e n t w e i g h t (total weight of cargo and vessel) of 73,000 gross tons, the boat has a top speed of 16 miles per hour and a draft of 27% feet. Bow and stern thrusters improve the vessel's maneuverability.

Bethlehem's newest lake boat is equipped with the most modern navigation, steering, and control equipment available, including a computer and an automated hull stress monitoring system. It also has a complete sewage treatment system that removes contaminants biologically and disinfects the effluent. A 30,000-gallon holding tank and transfer system backs up the treatment system.

The boat will have a crew of 30, including 12 officers. Crew quarters are located in the deckhouse at the after end of the vessel. All crew members have a private room with bath, and the entire crew space, including the pilothouse and galley, is air-conditioned.

Master of the Burns Harbor will be Capt. John O. Presley, a 28-year veteran of Bethlehem's Great Lakes Steamship Division.

Captain Presley has been a ship's master with Bethlehem since 1973, and most recently was master of the S/S Arthur B. Homer. During his years with Bethlehem, he has served on each vessel in the firm's Great Lakes fleet.

W i t h a 1 0 5 - f o o t beam, the Burns Harbor will be locked into the Great Lakes. Like the other 1,000-footers on the Lakes, the new carrier will be able to sail to and from Lake Superior through the Poe Lock at Sault Ste. Marie, Mich., but will be too large to pass through the Welland Canal leading from Lake Erie into the St. Lawrence Seaway. 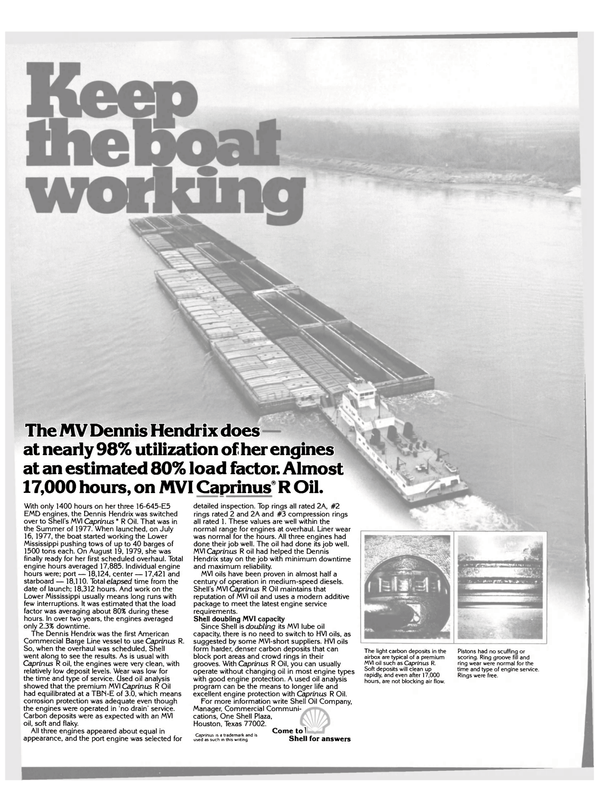