The new rules, which are expected to be put into force within six to eight months, require the steering failure alarm system to have an audible and visual alarm that provides a signal in the wheelhouse when the actual position of the rudder differs by more than 5 degrees from the rudder position ordered by the helm. The maximum delay permitted under the r e g u l a t i o ns would be 30 seconds for an ordered change of 70 degrees, or 5 seconds for a change of 1 degree.

For ordered changes between 1 and 70 degrees, the Coast Guard has mandated a formula under which the maximum time delay allowed is computed. For an ordered change of 10 degrees, for example, the maximum delay before the alarm must sound would be 8.26 seconds. The steering failure alarm system must also be separate from and independent of each steering gear control system, and must have a separate power supply.

"Based on our knowledge of the current steering failure alarm systems now on the market, we believe that the Sperry system is the only one immediately available which will meet all the requirements," said Henry Johnston, marketing manager for Sperry's Marine Systems Unit. Marine Systems, which developed the steering failure alarm system, is an operating unit of the Sperry Division of Sperry Corporation.

The Sperry steering failure alarm system contains patented circuits which respond almost immediately to a discrepancy between the rudder's actual position and the position ordered. The system uses a simulated rudder angle calculation generated by a microprocessor to determine where the rudder should be during each moment of a turn. When there is a discrepancy of more than 5 degrees, an alarm is sounded immediately.

The system can also compensate for worn or loose steering gear which might not respond as smoothly as a tightly adjusted steering system. 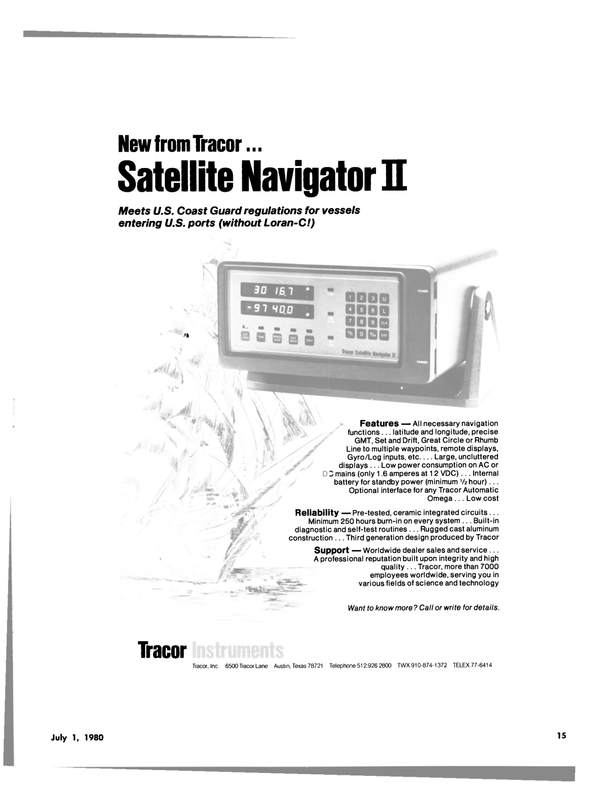