A new dredge, developed in Australia, has been termed by engineers as a breakthrough in its field. This hydraulic bucket wheel c u t t e r / d r e d g e was produced after two years of testing, proving, and modifying the prototype under actual working conditions, according to the Australian Trade Commission.

Operated by one man, the dredge is said to have production capabilities superior to more expensive equipment. Powered by an underwater hydraulic motor of high horsepower and torque, the bucket wheel is capable of cutting material previously regarded as undredgeable by a conventional suction/cutter dredge. The cutter wheel is so designed that once material is cut, it can escape only through the suction pipe and delivery line.

High specific gravity material that escapes and settles on the bottom of a cut when a conventional dredge is used can now be collected, making the mining of marginal deposits a viable operation.

High production at greater depths has been achieved through the development of a venturi that assists the flow of pulp to the pump and enables it to handle larger volumes of slurry.

The spud carriageway system allows for a 3-meter (9.75-foot) forward travel of the dredge and is positioned by a hydraulic ram assembly. "Walking" movements of previous systems have been overcome, and the arc overlaps that occur in other dredges have been minimized.

Spuds are lifted by means of hydraulic rams and deposited by a quick-drop system that allows for free fall of the spud. This achieves maximum penetration.

Rams and spuds are pivoted to enable horizontal positioning for transportation.

Specially designed swing winches are made of high-quality components and feature automatic reel-on and reel-off controls for ease of operation. Winch ropes operate through balanced sheaves positioned at the bottom of the ladder. The dredge is demountable into five separate components which ensure ease of shipping and transport.

Two Caterpillar engines of 300 bhp and 600 bhp (223 kw and 447 kw) are used to power the dredge, as parts for these are available worldwide.

As operators of dredges for more than 20 years, the manufacturer can construct them to suit particular conditions. It will provide technicians to assemble, commission, and train operators to high standards.

The dredge is being marketed worldwide by Neumann Equipment Marketing Company Pty.

Ltd. The company has appointed agents in Hong Kong, Dubai, India, and the Philippines, and currently is negotiating agency appointments in other countries.

The company also provides a fee-for-service assay to ascertain the feasibility of a project and an advisory service to ensure that the equipment ordered is suited to the particular operation. 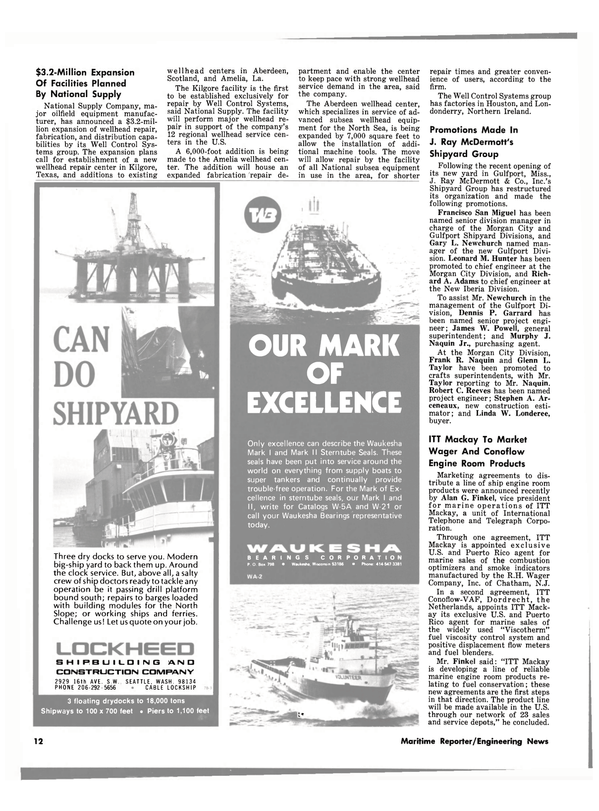