The first contract was signed with a French company, Total Indonesia, for construction of a drilling barge to work in Indonesian swamps. This will be the t h i r d swamp barge built by Promet this year. D e l i v e r y is scheduled for October 1980.

of the United States for delivery of a four-legged, self-propelled jackup service barge. This is the second order from the U.S. company.

The four-legged well service barge will consist of a floating/ elevating unit containing the propulsion and jacking gear and other essential equipment. The four tubular legs with feet attached will provide the support foundation while in the operating or jacked-up position. The propulsion units will be four General Motors Detroit Diesel 12V71 engines to position the barge at well platforms and to propel the barge at approximately 10 mph.

The jacking equipment will be of 450 tons per leg jacking capacity and 500 tons per leg holding capacity. The vessel will be capable of operating in water depths of up to 130 feet, with a 30-foot air space between the bottom of the hull and the water surface.

The barge will be designed and built under special survey of the American Bureau of Shipping for Class A-l Vessel for Coastwise Service and Arabian Gulf Service.

Delivery is scheduled for March 1981 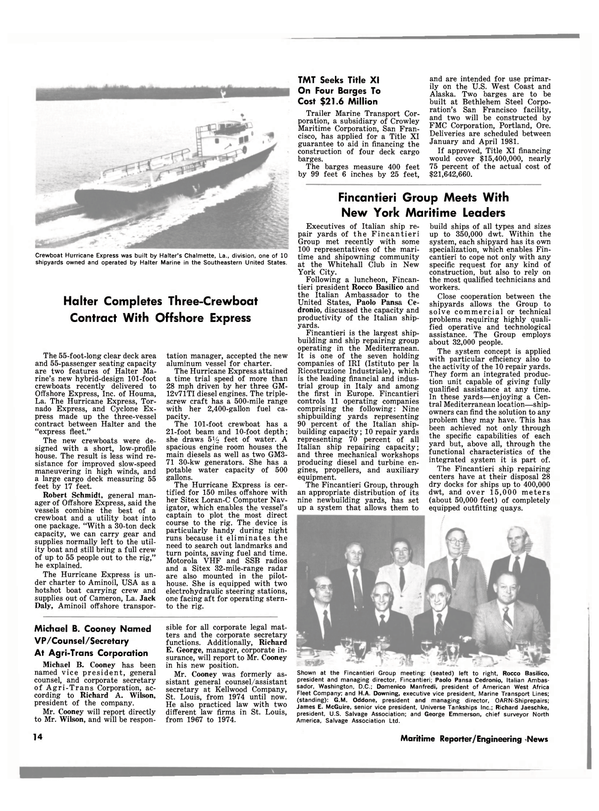