The appointment of Richard J.

Mr. Zuccaro will be responsible for developing the department's marine business program plans, while providing marketing support to other program managers.

He joined General Electric in 1951 as a test engineer in Johnson City, N.Y. After assignments in Bridgeport, Conn., and Schenectady, N.Y., and two years as a 1st lieutenant in the U.S. Army in Korea, he rejoined the company in 1959 as a field engineer. In 1966, Mr. Zuccaro was appointed sales manager, Northeastern Electrical and Electronic Region. In 1972, he was named manager of I&SE's Electrical and Electronic Sales, and in 1977 was appointed manager, marketing and programs support for the E&E Department in Schenectady, the position he held prior to his new assignment. 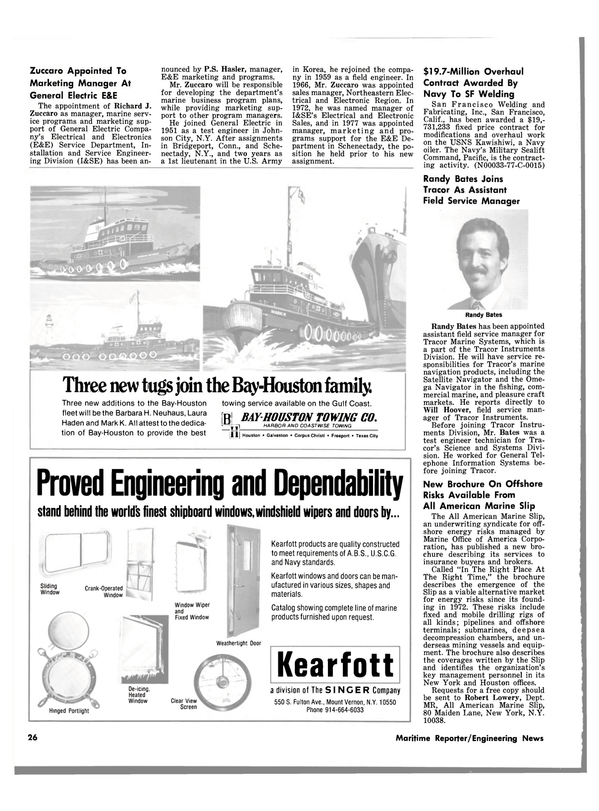