Houston Midstream Services, Inc. has changed its name to Houston Marine Services, Inc., according to an announcement by Geren L. Graham, president. The firm was founded in 1977 and initially engaged in midstream fueling of vessels in the Port of Houston.

"The new name more accurately describes the scope of our current operations," says Mr. Graham, who explains that the company sells and delivers diesel fuel and lubricants to the marine trade. These products are delivered by truck or barge, dockside, in the Houston, Galveston, or Texas City harbors.

The company operates tugs and barges from its marine facility on the Houston Ship Channel, which is currently undergoing a ^-million expansion. 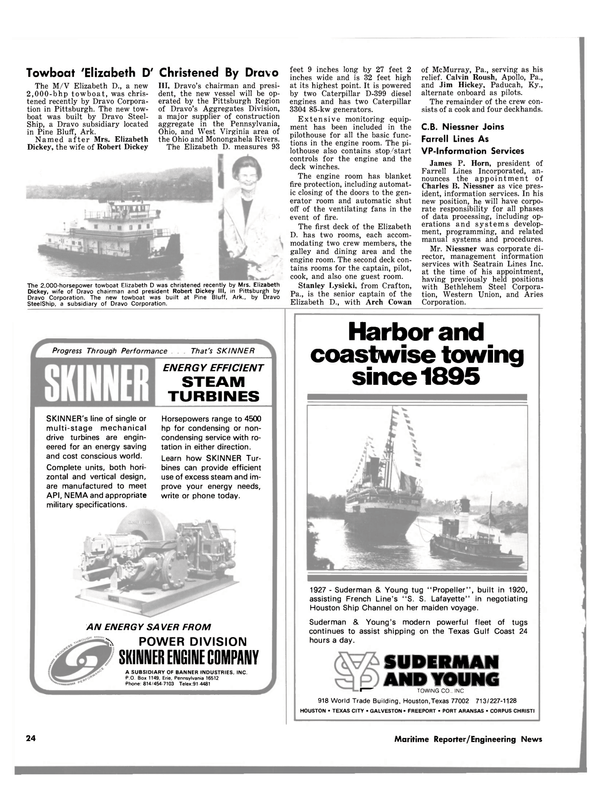