Robert M. Loftus has been named president of Ocean Salvors Company, a joint venture of the Moran Towing Corporation of New York, and Crowley Maritime Corporation of San Francisco.

Mr. Loftus joined Moran Towing & Transportation in 1962 and served in various capacities. He was named a vice president in 1979 and was in charge of the Construction and Repair Department.

Following graduation from the State University of New York Maritime College, he served in the United States Navy and merchant marine.

Ocean Salvors is an American salvage firm offering a full range of salvage and environmental services throughout the Western Hemisphere. Principal offices are in New York City, Rahway, N.J., and Miami. 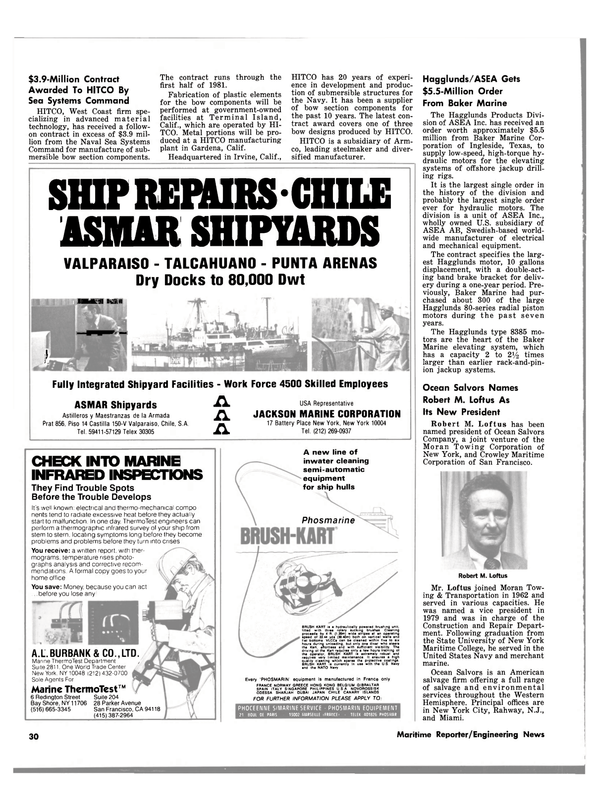