The introduction and demonstration of the revolutionary new Floating Doughnut Crane (shown above) was held recently as part of a dav-long floating crane symposium hosted by Shugart Manufacturing, Inc., with the cooperation of American Hoist and Derrick Company, at Shugart's facility in Chester, S.C.

"The Floating Doughnut Crane is a new concept which, in the foreseeable future, will dramatically affect the design, construction, and operation of the entire marine construction industry," said Tom Triplett, the crane's inventor and president of Shugart. "The purpose of this symposium is to give port operators, design engineers, contractors, and dealers an opportunity to thoroughly evaluate this new tool and the prospects it offers for increasing productivity in the coming years," Mr. Triplett said.

For further information and free color brochure on the Doughnut Crane, Write 48 on Reader Service Card 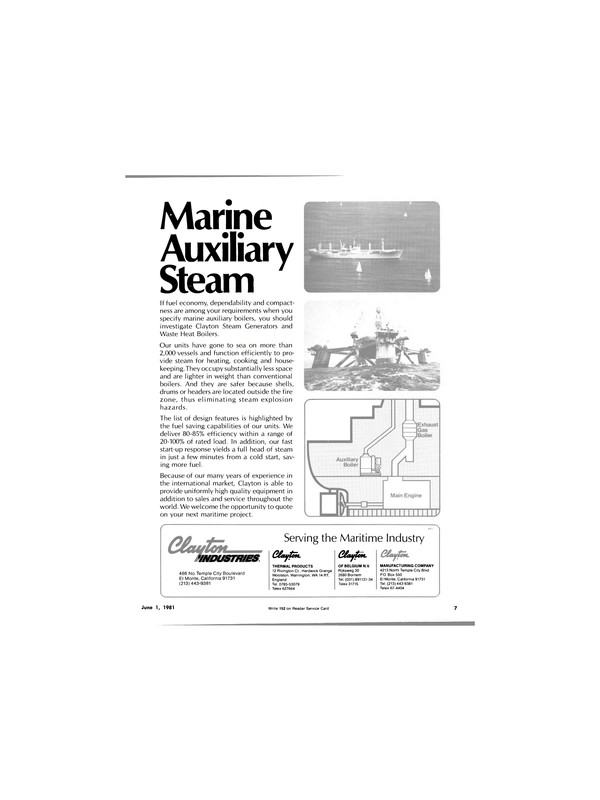