Dravo Corporation, Pittsburgh, announced recently that it is negotiating a definitive agreement to purchase substantially all of the operating assets of Nilo Barge Line, Inc., a subsidiary of Olin Corporation. Directors of Dravo and Olin have approved a letter agreement outlining terms of the cash transaction, the amount of which was not disclosed. Assets covered would include 180 dry cargo barges, five towboats, a trans-Gulf operation, and related supporting assets.

Robert Dickey III, Dravo chairman and president, said that the proposed acquisition would significantly increase the Pittsburghbased firm's overall involvement in water transportation. The diversified o r g a n i z a t i o n already owns one of the larger barge lines on the Mississippi-Ohio River system, Dravo Mechling Corporation, which operates a fleet of 18 towboats and 575 barges. 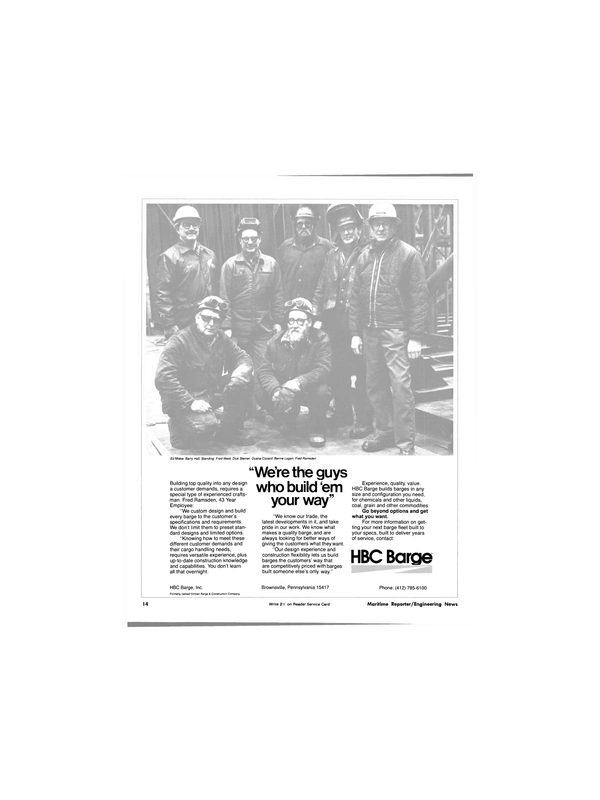