As the first in a series of planned improvements, a new 160-foot drydock (shown above) has been launched at the National Marine Service shipyard in Harvey, La. Located at the junction of the Harvey and Algiers Canals, the yard, formerly known as the Wall Shipyard, was acquired by National Marine earlier this year. The new drydock is the sixth at the shipyard. It will be used for boat and barge repairs.

According to Glen Fornell, general manager of NMS shipyard operations in New Orleans, the planned improvements for the months ahead include the dredging of the bayou channel, permitting deeper draft workboats and towboats to come to the yard for repairs; the rehabilitation of the yard's bulkheads on the bayou channel; the modification of two existing drydocks to handle larger barges and boats; and the improvement of the gas-freeing facilities located at the junction of the Harvey and Algiers Canals. 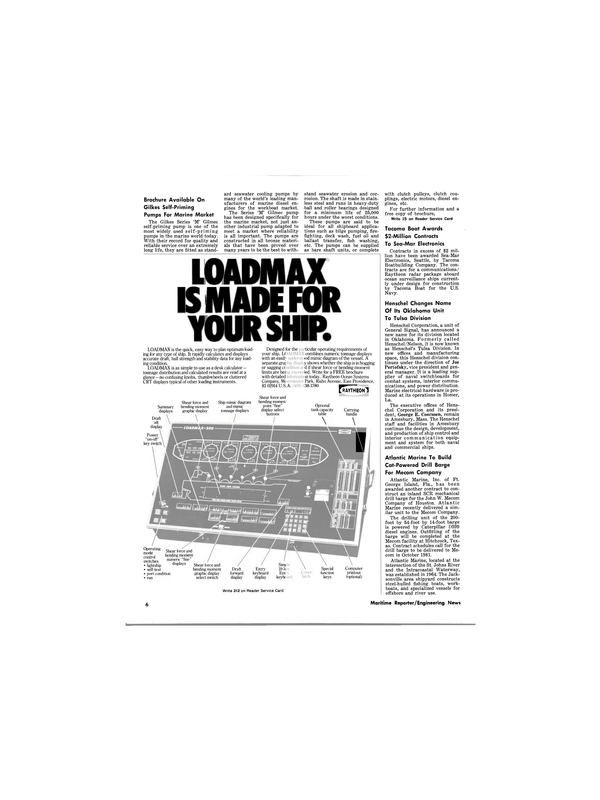