Megasystems, Inc. of Cleveland and Boca Raton, Fla., will design and manufacture the complete automation of an oceangoing, split-hull, suction trailing hopper dredge to be built by Southern Shipbuilding Corporation in Slidell, La. The instrumentation and control package will feature a distributed microprocessor architecture, which will greatly reduce shipyard cabling requirements.

Each of the eight stipulated intercommunicating local units will feature LED displays and solid-state electronics. As a result, the crew will have local readouts in the pump rooms and engine rooms in addition to those in the central control room and pilothouse.

This is the second total automation system built by Megasystems for Southern Shipbuilding.

The first was installed aboard the dredge Dodge Island, a similar vessel, launched last year. It featured 10 i n t e r c o m m u n i c a t i ng units and a unique microprocessor- based drag-tending console. 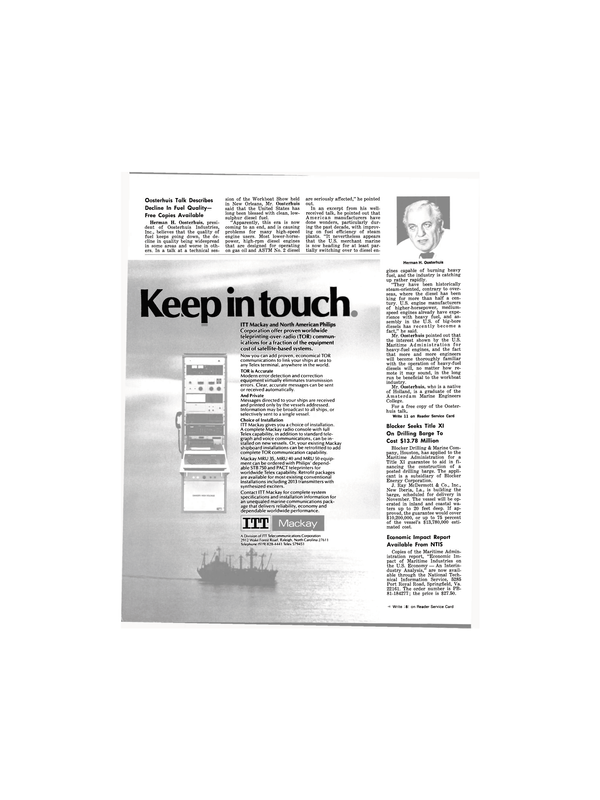