The ceremonies officially named the former Hull No. 726 to honor the owner's Columbia Transportation Division and the brig Columbia, which carried the first cargo of iron ore through the Soo Canal in 1855. The vessels of the Columbia fleet, one of the largest on the Great Lakes, bear a bright red star on their stacks.

The new supercarrier was built by Bay Shipbuilding Corporation, a subsidiary of The Manitowoc Company, Inc., at Sturgeon Bay.

The main propulsion plant was supplied by the Electro-Motive Division of General Motors. Four 20-645-E7B diesel engines, developing a total of 14,000 bhp at 900 rpm, will move the vessel at a service speed of 15 mph. The two KaMeWa controllable-pitch propellers were supplied by Bird- Johnson. Ship's service electrical power is supplied by Caterpillardiesel- powered generators.

A self-unloading vessel, the Columbia Star is equipped with a 265-foot conveyor boom that swings over the side to discharge up to 10,000 tons of cargo per hour. The new vessel will carry 61,000 tons of cargo at maximum draft, exceeding the combined trip capacity of the four smallest vessels in the company's present fleet. With a beam of 105 feet, the big ore carrier will maneuver with the assistance of bow and stern thrusters utilizing stainless steel, controllable-pitch propellers driven by 1,500-hp electric motors.

Master of the Columbia Star is Capt. Joseph J. Toreki of Perry, Ohio, who has sailed with the Columbia fleet since 1948. Chief engineer is Norman E. Jensen of Clearwater, Fla., who joined the company in 1954.

Oglebay Norton has been operating Great Lakes vessels since the establishment of its Columbia Steamship Company in 1920.

The first self-unloaders joined the Columbia fleet in the mid-1930s.

Addition of the Columbia Star brings the Oglebay Norton fleet strength to 17 vessels. 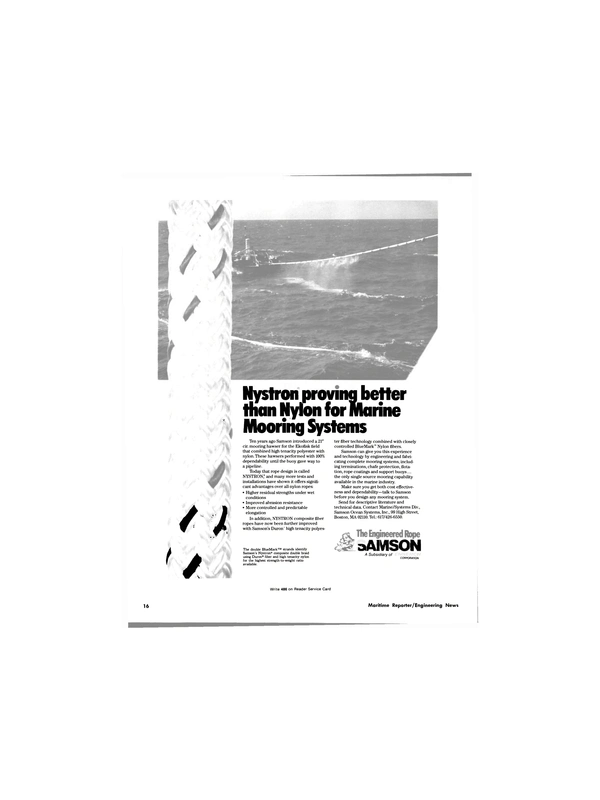