For the past several years, John G. Alden of Florida has been increasing its sales activity in the offshore tug and barge market. The increases have been primarily due to the knowledge and efforts of David Parrot, a 14- year veteran of the Alden organization.

Alden was founded in 1909 by John G. Alden, Boston naval architect and builder.

Parrot will be Henry Reynolds Jr., most recently with Eller & Co. Mr.

Reynold's experience fits well with the primary thrust of Aldenships business, which is foreign we have the big stick.

So the next time you see a marine diesel manufacturer waving flags and shouting about superiority, don't be fooled.

They have to talk loudly... they don't have the Pielstick. We do. 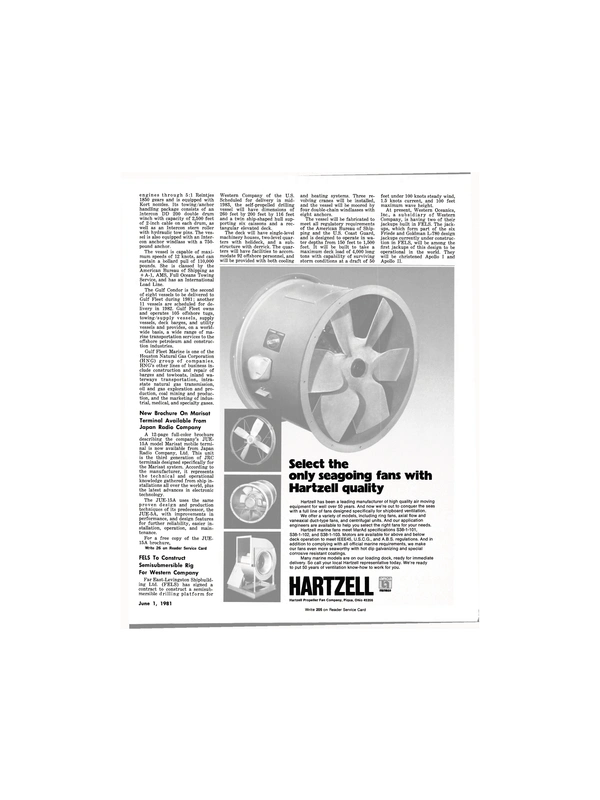