National Steel & Shipbuilding Co., of San Diego, Calif., has been awarded a U.S. Navy contract to convert a San Clemente-class tanker into a 1,000-bed hospital ship, according to the shipyard's parent company, Morrison- Knudsen Co. Inc. of Boise, Idaho.

The contract, amounting to $186 million, calls for 12 operating rooms in the converted vessel along with accommodations for about 1,600 medical support personnel.

The Navy made design contract awards on the hospital ship conversion project in July 1982. It subsequently received two proposals.

One was from NASSCO in conjunction with Worth Oil Transport Co., and Northwest Shipping Corp. based on converting tankers.

The other was from Prudential Lines, which offered to convert one or more of its LASH vessels.

The contract includes an option for conversion of a second vessel that the Navy can implement prior to December 31 if Congress authorizes the funding, according to W.H.

Preliminary engineering on the first vessel has begun with production to start in October 1984. Completion is scheduled for the third quarter of 1986. 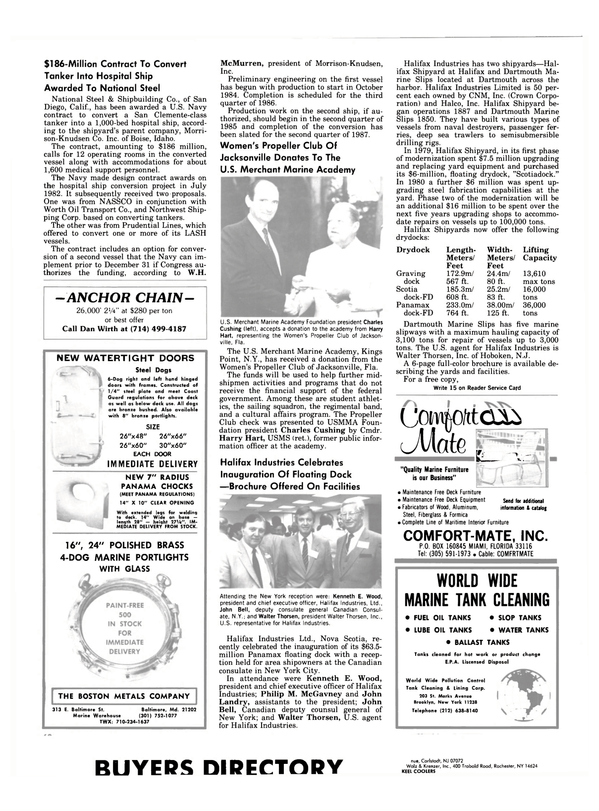