Mr. Fegert, an active supporter of AWSC since its inception in 1976, was presented an award commemorating his tireless service to the shipyard industry.

During his tenure as chairman, Mr. Fegert continued to lead the battle to reform the Longshoremen's and Harbor Workers' Compensation Act to obtain jurisdictional relief for the small and medium-sized shipyard industry.

Under his leadership, AWSC began work on the development of a comprehensive OSHA vertical standard which would relieve the industry of all inappropriate regulations.

Mr. Fegert will join other distinguished colleagues in the past chairmen's advisory committee, the purpose of which is to advise the shipyard steering committee on matters affecting the industry.

The award was presented by AWSC chairman Robert W. Greene, president of Jeffboat Incorporated, Jeffersonville, Ind., who praised Mr. Fegert for the "dedicated work that he has done on our behalf." AWSC is a conference of The American Waterways Operators, Inc., the national trade association representing the barge and towing industry. 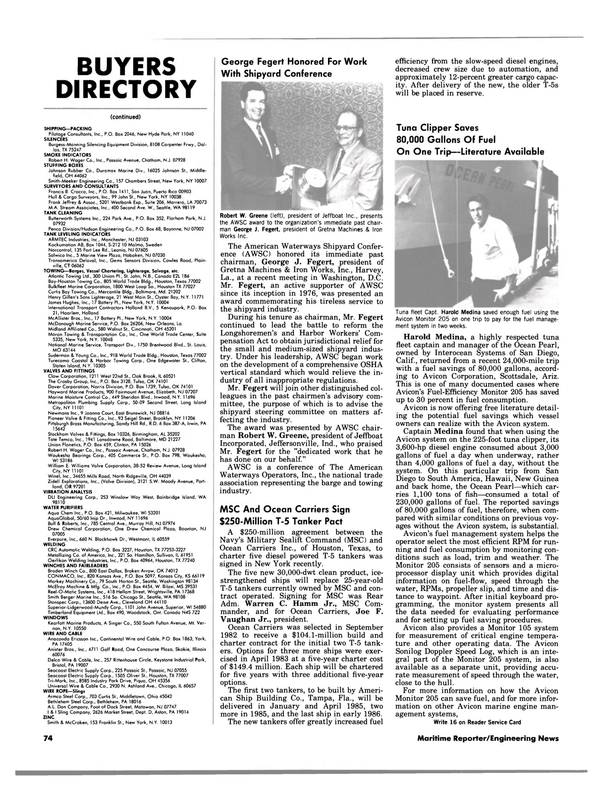