Captain Goodwin, an internationally respected authority on ocean towing and a Moran employee for nearly four decades, has retired but will remain with the firm as marine consultant.

Both appointments are effective July 1, 1983.

Captain McVay is a graduate of the United States Merchant Marine Academy at Kings Point, N.Y.

He served as master in Moran offshore tugs until assigned managerial duties with a Baltimore, Maryland affiliate of Moran in 1969. Appointed manager, Seaboard Shipping Company in 1973 with headquarters in One World Trade Center, New York City, Capt. McVay moved his family to Manalapan, N.J.

Edmond J. Moran Jr. is a great-grandson of Michael Moran, founder of the Moran firm in 1860, and the youngest brother of its president, Thomas E. Moran.

Mr. Moran graduated from Georgetown University in Washington, D.C. in 1967, completed studies in its Graduate School of Foreign Service the following year and joined the corporate planning division of States Marine Lines in New York.

A member of the U.S. Naval Reserve, he was called to active service and assigned duty at the Navy's nuclear submarine base in Groton, Conn. In 1971, Mr. Moran joined the family firm as a member of its sales department in its New York headquarters.

Turning to corporate finance, Mr. Moran was appointed assistant vice president of finance in 1973. With Moran's acquisition of the Florida Towing Company in 1976, he was named vice president and general manager of the Jacksonville, Fla., firm.

Moran to his Board of Pilot Commissioners as the second maritime- oriented commissioner to serve on the board. He is credited with revitalizing the Florida Towing Company with fresh goals, new operating equipment and with instilling a strong spirit of dedication to the port's needs.

While with the Florida Towing Company, Mr. Moran also served as general manager of Moran Towing of Texas, a Gulf Coast subsidiary in Port Arthur. 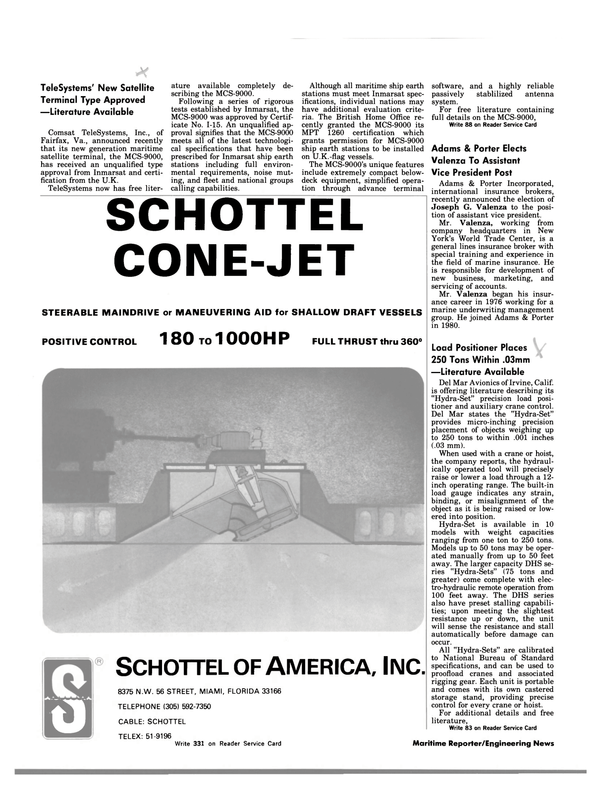