The tug is equipped with a single wildcat windlass by Markey, a TDSD32 Markey towing winch; and a Halon fixed flooding firefighting system. Vessel coatings are by Ameron.

Immediately after delivery, the tug assisted in the towing of a unique new unloading platform for Exxon Co. U.S.A. The 1,078- foot-tall offshore drilling platform, is designed with guylines that allow it to move slightly in hurricane force winds, 70-foot high waves or strong currents. It is located in the Gulf of Mexico in 1,000 feet of water about 110 miles south of New Orleans. (See story at right.) 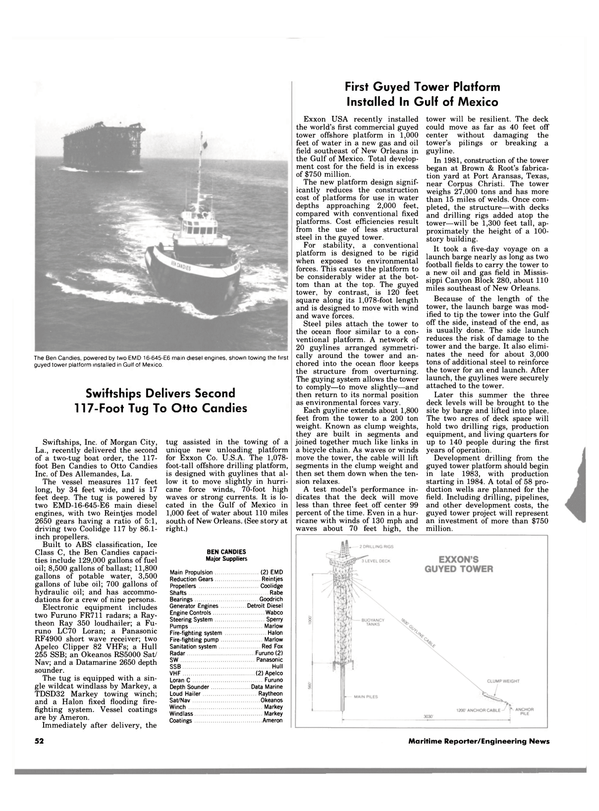