A large turnout of members and guests attended the recent second meeting of the 1983-84 season of the Los Angeles Metropolitan Section of The Society of Naval Architects and Marine Engineers.

Guest speaker was David B.

Sucharski of ARCO Oil and Gas Company in Dallas. His presentation, which included slides but no formal paper, was titled, "Overview of a Major Oil Company's Varied Marine Activities." General topics involved the acquisition, exploration, and development of offshore oil lease sites. Arctic and deep-water environments, and new technology of vessels and equipment.

In determining lease sale strategy, the author stated, how much to bid for which tracts, factors such as expected recoverable reserves, expected value and technical feasibility must be considered.

Of particular interest is the development of a submarine drone to conduct ice-profiling operations.

Deep-water drilling and production platforms for the coastal U.S. 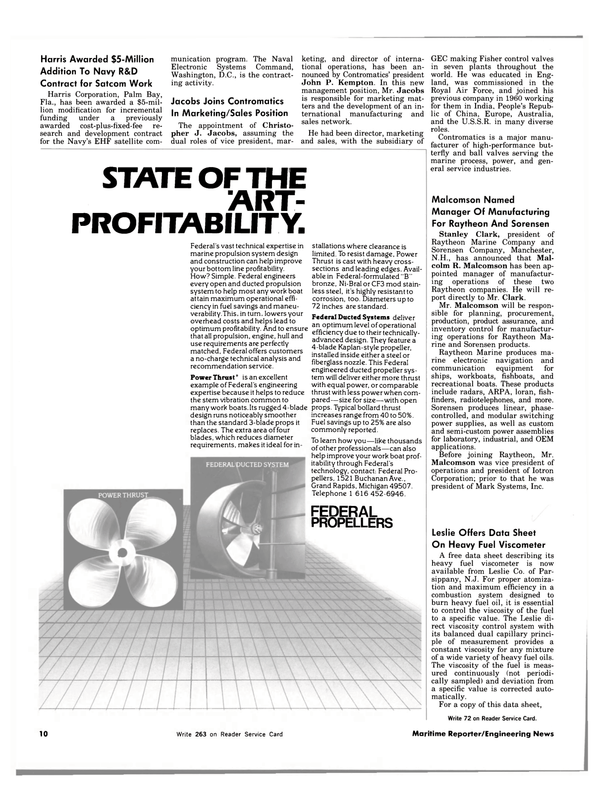