In a recent speech before the New York Rotary Club, Neil Windsor, Minister of Development for Newfoundland, described some developments representing $93 million in new maritime-related investments in his Canadian province.

Mr. Windsor, whose province is approaching a North Sea size offshore oil boom, said that the new developments include a $30-million Syncrolift at the Newfoundland Dockyard in St. John's. That project, which just began operation, also features a side-transfer facility, three repair berths, a 45-meter-high tower crane, and other equipment.

A second project involves plans for a $7-million dock for the repair of offshore oil rigs at Marystown Shipyard Ltd., which builds supply and service vessels. By reducing rig repair time by 40 percent, the proposed facility will save oil companies $100,000 a day. This dock will be the first of its type on the East Coast of North America.

Mr. Windsor also reported that the construction of a $56-million Arctic Vessel and Marine Research Institute was proceeding on schedule and should be completed by November 1984. When completed, the facility will include one of the largest and most advanced ice tanks for arctic vessel research, permitting simulation of storm conditions with ship models up to 12 meters long. 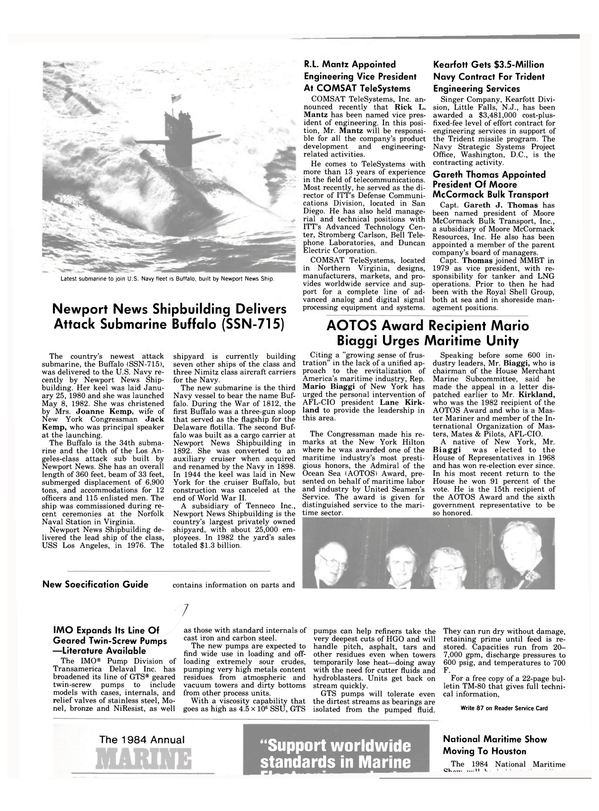