Navy Extends Contracts With COMSAT General For Use Of MARISAT

Navy has extended its contract for the use of UHF capacity on each of the three satellites in the MARISAT system for an additional year. The provision of this additional satellite service is valued at $12.7 million. The Navy also has an option on these satellite services for the following year.

Developed, owned and operated by COMSAT General, MARISAT is the world's first maritime communications satellite system. Each of the three satellites operate in three different frequencies: UHF for Navy services, and L-Band and C-Band for commercial shipping and offshore industries.

The MARISAT system first began providing communications services to the U.S. Navy in 1976. 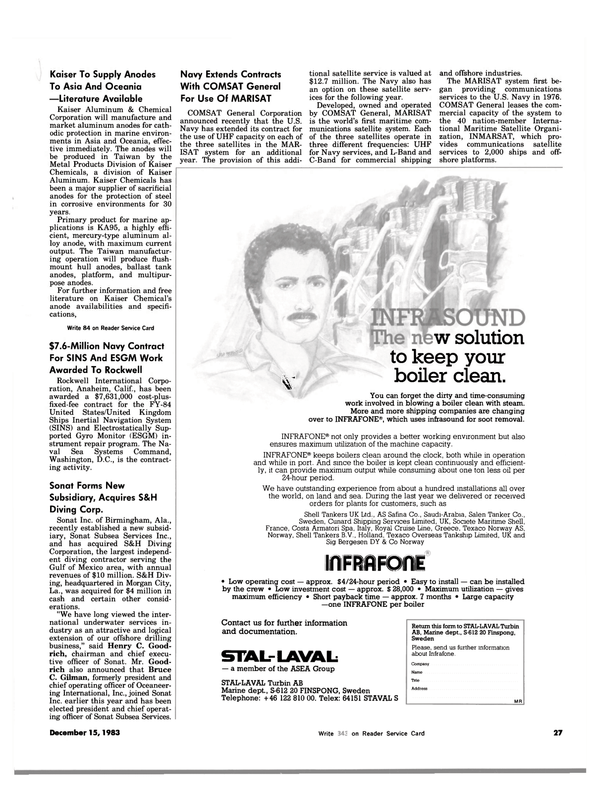 Read Navy Extends Contracts With COMSAT General For Use Of MARISAT in Pdf, Flash or Html5 edition of December 15, 1983 Maritime Reporter