Guidance for owners on compliance with the International Convention for the Prevention of Marine Polution (MARPOL), 1973/78, which enters into force October 2, 1983, has been issued by the International Association of Independent Tanker Owners (Intertanko).

This new guide—also covering SOLAS 1978—deals with requirements for upgrading existing tankers. In addition, it examines the impact on operational procedures and reviews commercial implications.

While some tanker owners may have postponed preparations for compliance, Intertanko also points out that some Administrations also seem to have started rather late in establishing new approval/certification procedures.

Copies of the guide, "1983—the Year of Implementation—MARPOL/ SOLAS," are available from: Intertanko, PO Box 1452 Vika. 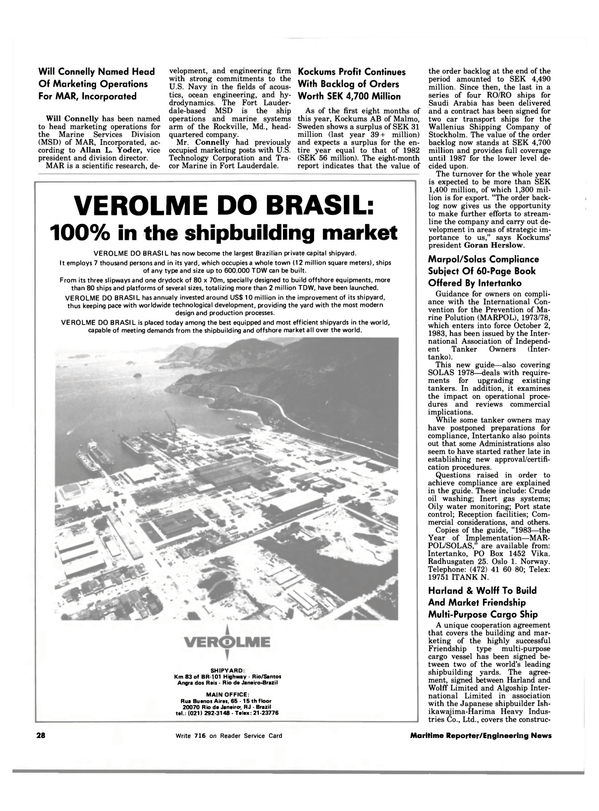