She is the 36th ship of the currently approved program of 54 FFGs. Of this total, 50 are for the U.S. Navy and four are for the Royal Australian Navy.

The Guided Missile Frigate Ship Acquisition Program of the Naval Sea Systems Command is proud of its achievements with the FFG Class, and this most recent delivery is one of the reasons why. The DeWert's delivery is a new high in early deliveries for the FFG-7 Class. To this point, Bath Iron Works has delivered follow-on ships an average 13 weeks in advance of the original contract delivery dates.

The De Wert was delivered 25 weeks ahead of the original contract date.

The FFG program was initiated in 1971 to provide a new class of ocean escorts to replace World War II destroyers as they were retired from the active fleet. The large number of ships being retired created the need for a large number of ships (50) to meet the projected requirements of the 1980s. As a result, the FFG-7 Class is the largest class of surface combatant ships to be acquired since WW II.

FFGs are designed to provide protection for military and merchant ship convoys. To do this, they are capable of detecting and attacking submarines; destroying anti-ship missiles launched from enemy submarines, aircraft, or surface ships; and destroying hostile surface ships.

To accomplish her mission and at the same time to remain cost-effective, FFGs were constructed us- ing innovative design concepts.

These include modular construction techniques and the utilization of labor-saving devices to keep crew size to a minimum. Improvements in habitability—lounge areas, berthing and mess facilities— also have been incorporated in these ships.

The Perry Class has been designed to respond to threats as rapidly as possible. The propulsion system is a computer-controlled, 40,000-shp GE gas turbine power plant that can be brought on-line and made ready to operate in less than an eighth the time required for either conventional steam- or nuclear-powered ships. The combat system integrates a computerized command and decision system with the ship's sensors and weapons.

To meet potential threats, FFGs are armed with surface-toair and surface-to-surface missiles, a rapid-fire gun, ASW torpedoes, and the embarked LAMPS helicopters.

At the recent launching of USS Taylor (FFG-50) at BIW, Vice Adm.

E.B. Fowler, Commander, Naval Sea Systems Command, addressed the success of the FFG Class when he said, ". . . in firepower and antisubmarine warfare, FFGs are greatly advanced from their World War II predecessors—and with a smaller crew." 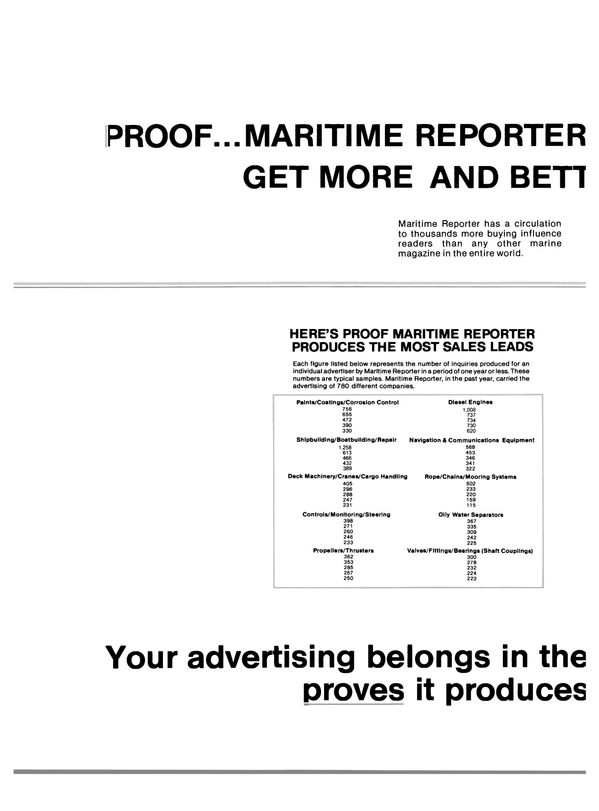