The small computer, roughly the size of a cigar box, constantly monitors the stability of a vessel while loading and while at sea, providing visual as well as audible warning when stability declines. A digital readout displays GM, (the number in feet between the center of gravity and the point at which the vessel loses stability). Changes in the center of gravity can be caused by several factors: overloading, the movement of fluids in holding tanks, icing, vessel speed, and wave conditions.

Testing of the SC44 with APL consisted of two separate voyages, aboard the President Lincoln and the 788-foot President Grant. The President Lincoln is the United States' largest containership with a capacity of 1,250 fortyfoot containers. According to Dan Rothenbuhler, WESMAR's chief engineer, the results of the tests were impressive. "Our Stability Computer measured virtually the same GM as their expensive computer system; the difference was insignificant. The SC44 met and surpassed our objectives by displaying extremely accurate GM readouts." For more information on the SC44, Write 79 on Reader Service Card 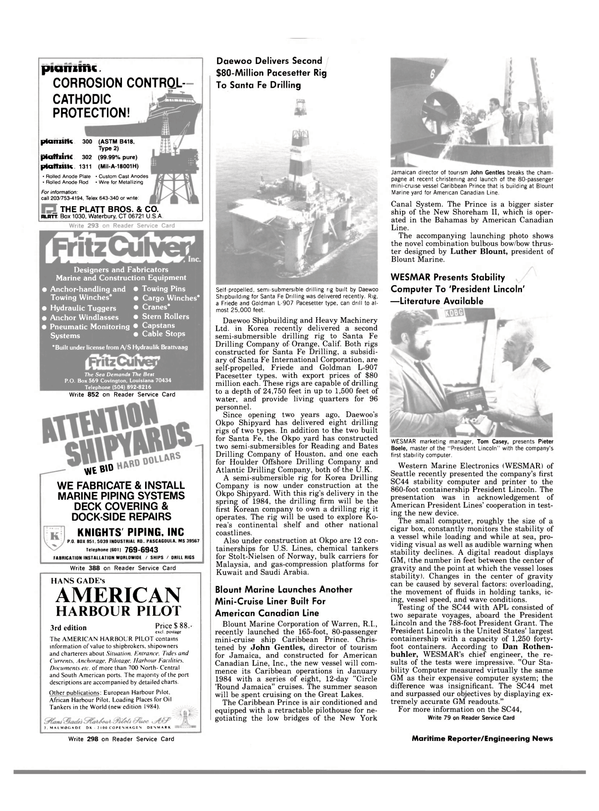