Navy contract options for almost $200 million have been exercised for the conversion of the last four of eight high-speed containerships into roll-on/roll-ofF units. They will be used by the Military Sealift Command to provide support to rapid deployment forces around the world.

The four ships to undergo conversion are the USNS Denebola at Pennsylvania Shipbuilding Company (PENNSHIP), Chester, Pa.; the USNS Altair and the USNS Pollux at Avondale Shipyards, Inc.

These containerships are being converted to roll-on/roll-off ships designed to carry containers, flatracks, seasheds, helicopters, and lighterage. Each ship is capable of speeds in excess of 30 knots. The average speed of ordinary cargo ships is 20 knots.

The conversion of the Fast Sealift Ship class will include removal and rebuilding of some internal structures previously used for stowing containers and the installation of new internal and external ramps for loading, storing and unloading military vehicles. Additional decks, cargo cranes and a helicopter hangar also will be installed.

When converted, the former SL- 7 class containerships will constitute a major element of the Navy's Fast Sealift Ship Program. They will be prepositioned at designated ports for movement of high-priority cargo specified for early sealift deployment.

The Military Sealift Command is responsible for providing the necessary sealift to deploy and sustain military forces overseas, as rapidly and for as long as the military requirement exists. The MSC also operates auxiliary ships that deliver supplies to Navy combatant ships while underway, oceanographic and survey ships and tankers and dry cargo ships that deliver Defense Department cargo worldwide. 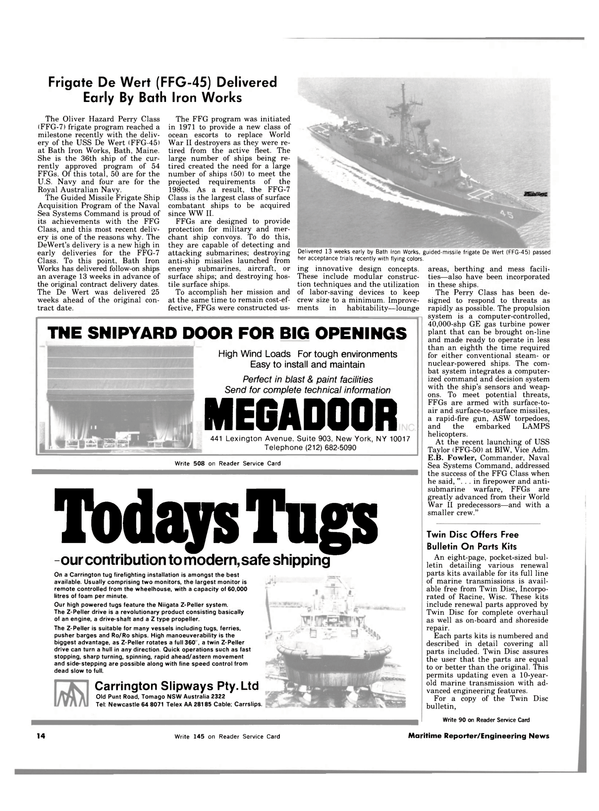