Volvo Penta has launched a new diesel engine for propelling commercial boats. The engine has the designation TAMD102A and offers considerable competitive advantages for semi-planing and planing boats.

The in-line, six-cylinder, 9.6-liter turbo diesel is equipped with an after-cooler which increases the power and extends the service life as well as lowering fuel consumption and emissions. The engine is available in three configurations— 294 kw (400 bhp), 265 kw (360 bhp) and 235 kw (320 bhp).

At the same time, Volvo has introduced its 6.7-liter TAMD71 engine as a modified, fully classable version for auxiliary power in boats.

They are supplied for propelling fire and rescue boats, pilot and police boats, fishing boats, ferries and tugs and for ships designed for different types of transport.

The TAMD 102A will be of par- ticular significance for sales to Japan— a market where Volvo has been active for 30 years and which has grown continuously. With its light-duty configuration of 400 bhp and its bore of 120 mm, the engine meets the requirements made by the authorities for power units fitted in the light, fast fishing boats in Japan. 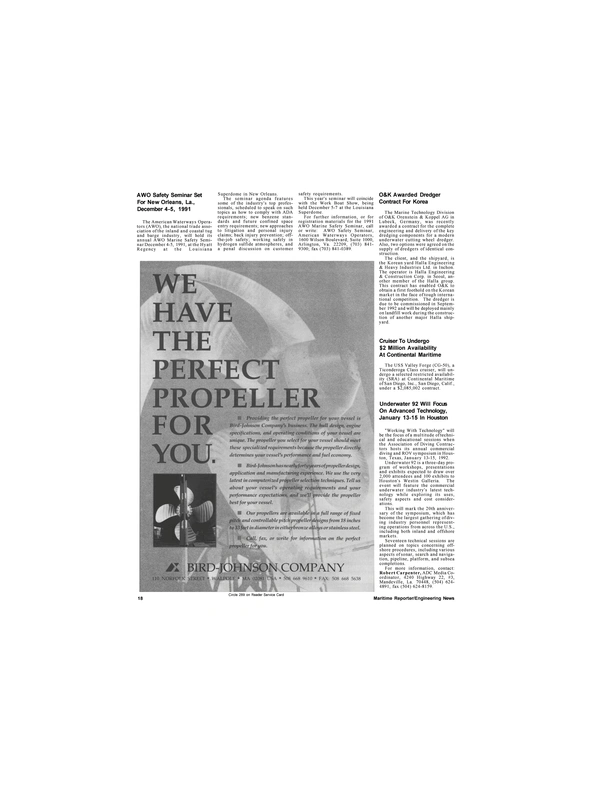