Underwater 92 Will Focus On Advanced Technology, January 13-15 In Houston

"Working With Technology" will be the focus of a multitude of technical and educational sessions when the Association of Diving Contractors hosts its annual commercial diving and ROV symposium in Houston, Texas, January 13-15, 1992.

Underwater 92 is a three-day program of workshops, presentations and exhibits expected to draw over 2,000 attendees and 100 exhibits to Houston's Westin Galleria. The event will feature the commercial underwater industry's latest technology while exploring its uses, safety aspects and cost considerations.

This will mark the 20th anniversary of the symposium, which has become the largest gathering of diving industry personnel representing operations from across the U.S., including both inland and offshore markets. 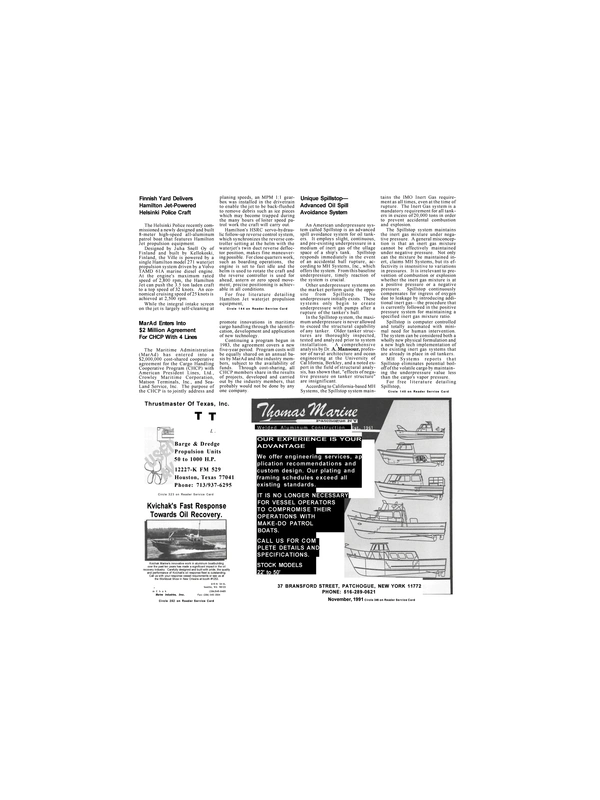 Read Underwater 92 Will Focus On Advanced Technology, January 13-15 In Houston in Pdf, Flash or Html5 edition of November 1991 Maritime Reporter