For years John Deere has been a leader in the agricultural machinery market. Now, that expertise is going to work on the water as Deere Power Systems Group (DPSG) introduces its first marine diesel engines.

The first two in a series of marine engines are available now for purchase in North America, and a worldwide offering is scheduled for 1992.

While these marine engines are the first offered by DPSG, John Deere engines have long been a presence on the water. For years, various companies have purchased Deere i n d u s t r i a l engines and marinized them to meet their particular requirements.

The first official involvement Deere had in marine applications was back in the early '70s with American Marine Company of Singapore, explained Michael Shaw, product market manager during DPSG's development of the marine engine.

John Deere has built more than three million diesel engines in its three manufacturing facilities worldwide since 1949. The company markets its engines through 21 distributors in North America (Canada, the U.S. and Mexico) and more t h a n 30 distributors in Europe, Central and South America, the Middle East, Africa and the Asian Basin. 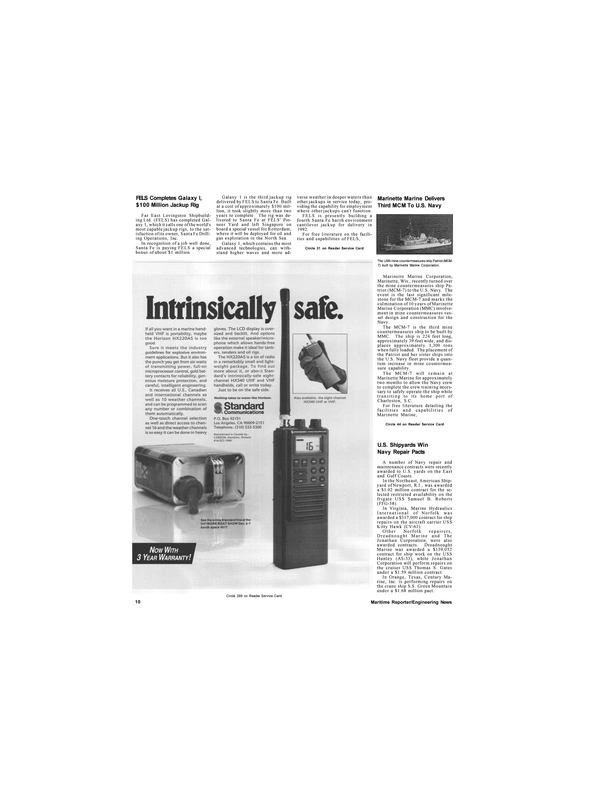