The Jacksonville Port Authority (JAXPORT) and the U.S. Army Corps of Engineers, Jacksonville District, have taken an important step towards deepening Jacksonville's harbor from 38 ft. (11.5 m) to 42 ft. (13 m).

Mr. Hulsey presented Col. Salt with a $58,000 check from the Port Authority to begin the dredging feasibility study.

JAXPORT will provide more than $1.1 million in cash and in-kind services through 1999, matching the federal government's contribution of the same amount.

The Feasiblity Cost Share Agreement specifies the types and amounts of funding to be provided each year by the federal government and JAXPORT during the study, which will take about five years to complete.

The study will investigate and recommend solutions to water resource problems.

The cost-to-benefit ratio of a potential project will be examined to determine whether sufficient justification exists for federal participation in funding such a harbor deepening project.

The scope of the study runs from the channel entrance at Mayport to the Matthews Bridge and encompasses all JAXPORT terminals.

"We are beginning the most significant expansion in our port's history," said Mr. Hulsey, referring to the 20-year, $934 million port development program adopted by JAXPORT's board of directors.

"Deepening the harbor is critical to that expansion and to the future success of our port. A deeper harbor will allow us to accommodate the larger vessels in the trade today as well as those that will be built over the next decade," continued Mr. Hulsey.

Industry experts believe containerships will be built in the next few years that will be capable of carrying 5,000 20-ft. containers, and will require a channel depth of more than 40 ft. (12 m).

Other companies operating in the harbor from about two dozen private terminals would also benefit from the harbor deepening. 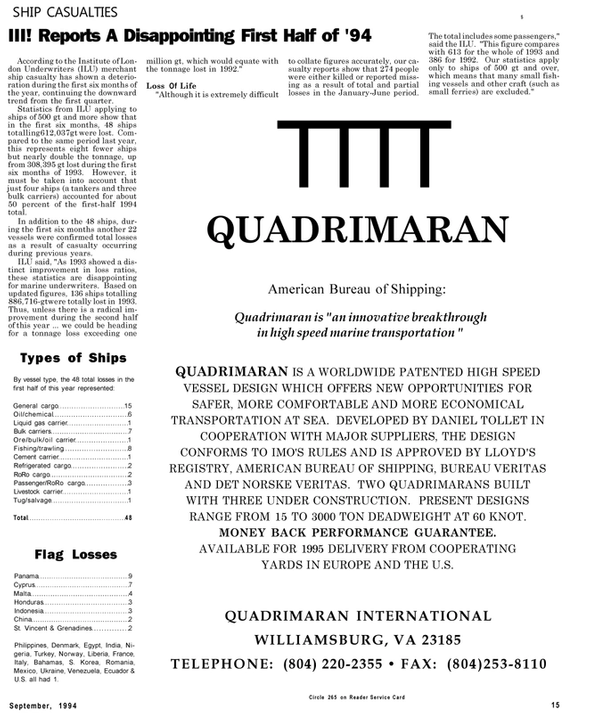