Another yard touted for its advanced approaches to design and construction, HDW of Kiel has vigorously implemented changes in its yard to make it more competitive and cost-effective.

Its "Shipyard 2000" plan is projected to raise productivity 40 to 50 percent. HDW has invested in the modernization of its production shop which, among other things, includes: two welding robots; environmentally friendly sandblasting and painting shop; as well as new welding and cutting machines.

Among the ongoing work is the Norasia open top containership order.

Norasia Fribourg, the first ship of this series, was delivered earlier this year.

For more information on HDW Circle 60 on Reader Service Card 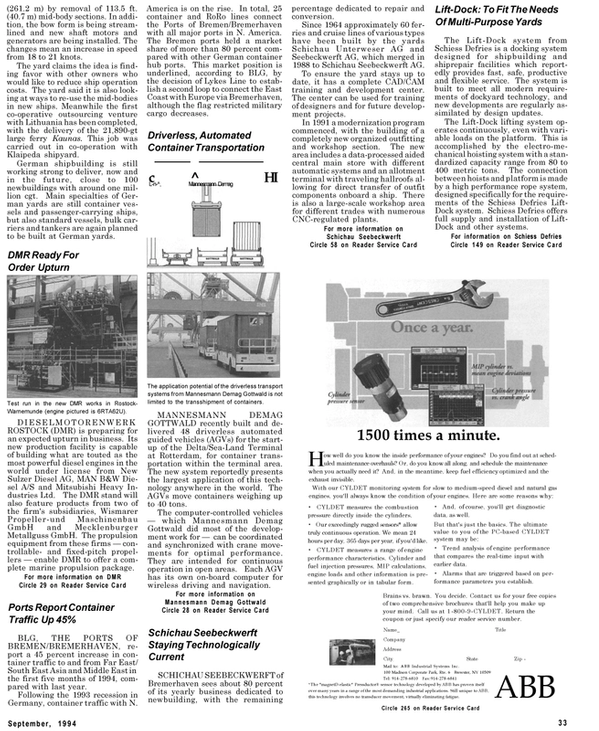