(108.5 x 16.4 x 3.9 m) double skin asphalt barges for American General Transportation, Mobile, Ala. Studying the influence of barge design and operations by various industry pro- fessionals, Normond J. McAllister, Jr., president of American General, came up with the AGT 3600 series asphalt cable barges, which were designed and built in conjunction with Bollinger. According to McAllister, "The 356 ft. (108.5 m) length was chosen because it can carry more cargo in each barge and its length is currently the largest barge length allowed t h r o u gh t h e r e m a i n i n g 360 f t . ( 1 0 9 . 7 m) locks on the Tennessee River." Some noticeable differences in this new series include a tank configuration of five tanks with a centerline bulkhead (total 10 tanks), which lowers the amount of cargo in each tank to improve damage stability and reduce the amount able to leak from any tank should an accident occur.

Each cargo tank has an additional block valve for added flexibility to the system and offers an auxiliary method of securing a tank with a broken valve — thus avoiding an overflow spill caused by a single leaking valve.

The tow has a combined discharge capacity of 20,800 barrels per hour.

These pumping rates are achieved by using one of Caterillar's newest engines — the all electronic model 3456 engine, which is rated at 550-hp. The entire tow can discharge a cargo of 62,000 barrels in slightly over three hours. 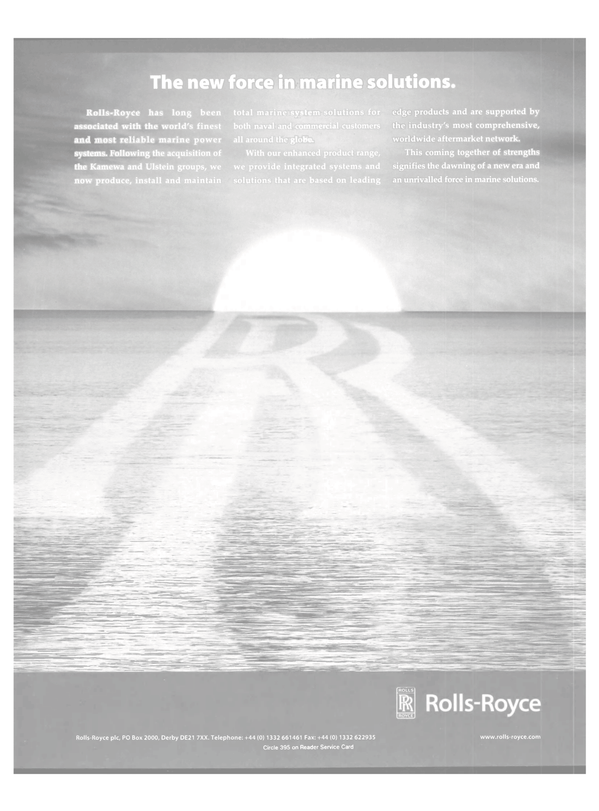