In recent years the demand for large crew boats has continued to grow in the U.S. Gulf of Mexico and has increased in some foreign markets, such as West Africa and Mexico. As their size has grown, so has the horsepower employed by these boats as customers demand greater load capacities and greater speed. "The trend in the 170-ft. (51.8 m) class of boats is to more power and faster speeds," affirms Swiftships' A.J.

Blanchard, at the Morgan City yard, "These boats have gone up in power from four 1,000-hp engines to four 1,350-hp engines and bigger jets. We've had more interest from both U.S. and foreign customers in all jet boats since the increase in jet size has removed concerns over the loaded speeds," Blanchard adds.

Diamond Services has two of the big jet boats on order for delivery in December and February 2001. As much as any operator, the firm has experimented with a variety of engine and jet manufactures.

Their next two 170-footers will have Kamewa jets mated to four Cummins KTA38M2 engines rated for 1,350 hp at 1,950-rpm. Another change on the new boats is the increase in seating capacity from 64 to 75 seats. In U.S. waters, with the long runs out to the deepwater rigs, the boats' primary role is in quick delivery of cargo. In Mexico, where Diamond Services have been chartering some of their vessels on shorter 40-mile runs, the passenger capacity is more important.

Speed is also important and reports are that some Mexican customers will clock vessel speeds with radar to assure that advertised speeds are met.

This quest for speed, as well as reliability when operating overseas, prompted Diamond Services to return to Cummins after trying another manufacturer's engines in a 185-footer. Their first 170- footer, Paul Kay, was powered by four Cummins KTA38M1 engines with the lower rating of 1,000-hp at 1,800-rpm.

The new boats are powered with the same displacement KTA38 engines, but in the higher M2 rating, which delivers 1,350-hp at 1,900-rpm. "We have lots of hours on the KTA38 Mis," says Diamond Services' Mike Swiber, "and we like the service and support we have been getting." Kenny Nelkin, whose blue-hulled Candy Fleet is looked to by many in the industry as a state-of-the-art trendsetter, also has a pair of 170-footers under construction at Swiftship. Like Diamond Services these will be powered by four 1,350-hp, KTA38 M2 mains but the Candy boats will use the big Hamilton model 651 jets. Nelkin's last series of crew boats were 145-footers with four six-cylinder 700 hp Cummins KTA19 M4 engines driving props and a single 12-cylinder 1,000-hp KTA38 Ml driving a Hamilton 571 water jet. (Note: The numbers 19 and 38-in. Cummins engine models signify their displacement in liters.) This move to larger boats with an increase in combined horsepower from 3,800 to 5,400 assures Nelkin's customers that he will have boats with the speed and cargo capacities that they are demanding for the deep water projects in the Gulf of Mexico. Nelkin is not interested in overseas contracts at the present time, "We usually get a little above what ever the market is because we have new equipment," he says of the domestic market, "It isn't worth Candy Fleet to take two or three boats overseas if we don't have the shore-based infrastructure set up. It is just too expensive and the rates are no better than here in the Gulf. We are able to keep our bigger boats like the 220-ft. (67 m) DP capable supply boats as well as the 145 and 170- ft. crew boats working here at our preferred rates." In 1998-99, Gulfcraft Boatbuilders of Patterson, La. delivered the three largest crew boats to date to Secor/McCall Boat Rentals of Cameron, La. It was these 185-footers that pioneered the transport of cement, Barite and gel in removable deck tanks. Powered by six KTA38 M2 engines for a total of 8,100-hp the fourth of these boats is currently on order from Gulfcraft. In addition to the Cummins main engines this boat has a Cummins 855-powered 300-hp drop down bowthruster. The popular yard also has four 120-ft. (36.5 m) crew boats each powered by three KTA38 M2 engines on order for Shell/Nigeria. At 4,050-hp these are considerably higher powered that previous vessels in their size range, with enhanced loaded speeds being gained through increased horsepower.

Gulfcraft's Kevin Tibbs explains the increases in horsepower that his clients are looking for, "Ten years ago you wanted 21-knot average operating speeds. Now you need a 23-knot average operating speed. With the distances increasing that two knots makes a difference." In addition to their boats building at Gulfcraft, McCall's Boat Rentals have boats building at Neuville Boat Works in Loreauville, La. The Neuville yard, currently operated by Kerry and Errol, the second generation of the family in the business that their father J.O.

Neuville established in 1969, will deliver a 170-footer to Seacor/McCall at the end of June with another to follow in November. Both these boats are sisters to Sara F. McCall, which is currently in service. The June-delivered Charles F.

McCall, named to honor Seacor president Charles Fabrikant, continues the practice of the McCall fleet bearing the name of its founder Norman McCall.

Through his company. McCall Boat Rentals, McCall continues to operate the Seacor/McCall fleet of crew boat with his son Joe as operation manager.

Joe explains that "The only segment of the boat industry that is not saturated are the big crew boats, which have been at 100 percent demand. I don't see any tied up. But we are starting to catch up with demand now." The McCall family puts a great deal of thought into anticipating Gulf and international market demands well ahead of the decision to build. Typical delivery times are approximately 12 months for these big boats from the decision to build and considerably longer if you include lead time in booking slots at the five yards that build them. With more 80 crew boats ranging from 110 ft. (33.5 m) to 185 ft. (56.3 m), McCall has built to optimize variety in size, power and rates in order to have the right boat to meet a customer's needs at the right price. By building in flexibility in power and optional equipment they keep their boats in demand in a shifting market.

The latest generation of boat is equipped with drop down bow thrusters that fair back up into the hull when not in use. Their 34-in. nozzled props are powered by 250-hp hydraulic motors driven Cummins C-series engines.

While handy when working under a rig, these would be invaluable in working as a fast response vessel with Seacor's National Response Company in the event of an oil spill. The azimuthing bow thruster would give the vessel a high level of maneuverability in tasks such as spraying dispersant. This is just one example of the McCall flexibility.

The current boat being built will be plumbed for fire monitors that can then be retro-fitted as required. The next boat off will have two 1,500-gpm pumps mounted on the front of two of the mains.

Obviously comfortable with serving markets outside of the U.S., McCall delivered Sara F McCall. in November 1999 under a bare boat charter to a Mexican firm. Under the provision of the charter all crew and maintenance will be handled by the Mexican charterers. That boat, like her two sisters has additional passenger spaces in separate rooms that are wired for — and can easily be converted to — additional bunk rooms. At the charterer's request, Sara was equipped with aircraft type reclining seats. For boats that will be carrying a lot of passengers, comfort is important says Joe McCall, explaining that if crew boats were to work in Asia, where crews currently travel up to 180 miles one way by helicopter, "passenger comfort and vessel speed would be paramount." In the U.S. Gulf, helicopters are relatively inexpensive and so do most of the crew transport, while in Africa long runs and expensive maintenance for helicopters, gives the edge to crew boats.

Measuring 170 x 34 ft. (51.8 x 10.3 m), The McCall boats are deep and heavy, "Five years ago no one was concerned about speed," explains Joe, "Twenty-one knots was fine, now Mexico requires 25 knots. Five years ago we worried about fuel economy and we built with KTA19 engines at 700-hp.

Now speed and cargo are all important so we are using the KTA38s at 1,350-hp.

With their 14 ft. (4.2 m) midship depth, Charles and Sarah are built super heavy for handling the seas as well as up to 2,200 cu. ft. of cement, barite or gel in two tanks that can be installed as temporary deck equipment in 1.5 hours. The weight, gives these boats an advantage as it makes them more comfortable in seas." The big crew boats can handle smaller amounts of most of the cargos that their big cousins, the displacementhulled supply boats, can take. The 170- footers are capable of around 396 tons total cargo including deck and fuel.

Just down the bayou from the Neuville yard, Vance and Ward Breaux carry on the family boat building tradition at Breaux Brothers Enterprises, Inc. Here, as in the other yards, the trend to big boats and big power is evident. Two 155-footers are building for Barry Graham, each with four Cummins KTA38 M2 engines. Tidewater has a 155-footer with the same power package on order at the yard. Breaux claims the fastest hull design with a deep-V entry with the deadrise flattening aft. "The hull design has a lot to do with speed," says Vic Breaux, Jr., "But we'll wheel our boats to whatever the customer wants. We'll put on 46 x 46-in. props for 28 knots and 70 tons of deck cargo or 46 x 44-in.

Like the other builders, he explains that increasing the size of the boats has added tremendously to the weight and hence the power requirements. A 135 x 28-ft. (41.1 x 8.5 m) boat will weigh 107 long tons light and 346 long tons loaded.

Add to this the challenges of the new IMO emission regulations and cost considerations, there are very few engines that can meet the demands.

Builders along the Gulf of Mexico have noted with interest, the recent delivery to Mexican owners of two 151 x 29-ft. (46 x 8.8 m) crew boats from the Damen yard in the Netherlands. While these are also Cummins powered, the European builders have chosen to mix two Cummins KTA19 M4 engines with two Cummins KTA38 M2s for a total of 4,100 hp. The European boats will feed the ongoing discussions on design, hp, and prop versus jet debates, which go on among operators, builders and engine suppliers. Collectively, the crew boat builders and operators around the Gulf represent many years of experience so that these discussions and plans will lead to some of the finest looking, fastest and best load carrying boats being built in the world today. 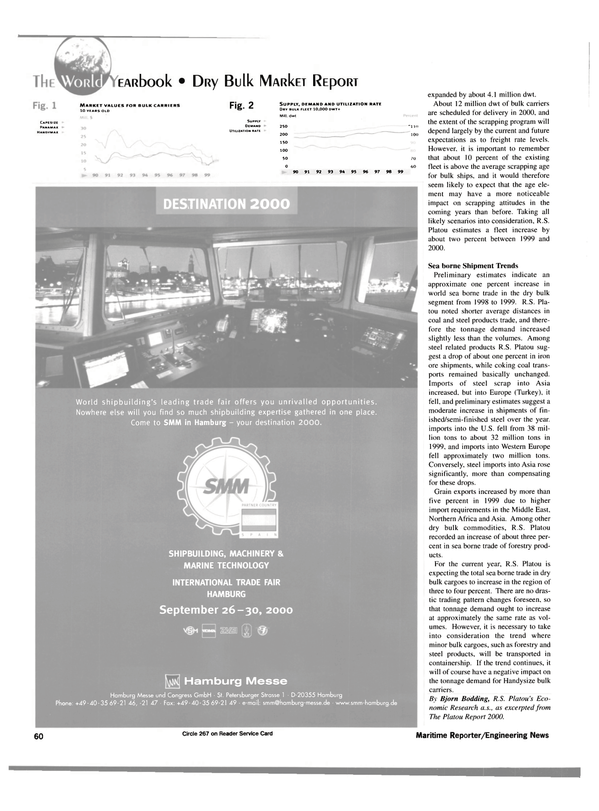