"In a nutshell that's (the job at Scott) what I did, he said. "I just wanted a decent job where somebody would hire me and pay me a decent wage." Not desiring a career in the toilet paper business, McLeod left Scott and decided to try his hand in New York's whirlwind advertising mecca on Madison Avenue.

His path finally cleared when he was granted a spot in Young and Rubicam's (Y&R) Account Management Development Program — a program that is known for cranking out future executives — such as Y&R's current president.

While at Y&R. McLeod handled consumer accounts dealing with everything from potato chips to a major airline.

He remained there until 1969, when he left New York again, this time for the heat of South Florida to join an ad agency in Miami, where he eventually landed the Royal Caribbean Cruise Line (RCCL) account. It was a favorable match for both McLeod and the client, who in 1972, asked him to join the cruise line full time as its first marketing director. McLeod had a daunting task ahead of him, since in the 1970s cruising was known as a fledgling industry that was near death. McLeod remained at RCCL for the next 25 years, except for a two-year period when a took a break from RCCL to help Norwegian Cruise Lines with its declining balance sheet, literally taking a company that was $6 million in debt in August 1986 to a gain of $20 million when he returned to RCCL in October 1988 as executive vice president of sales, marketing & passengers services — a position he would hold until his resignation from the line in 1996.

Following his departure from RCCL, McLeod, who could not work for another cruise line due to a one-year noncompetition agreement that he had with RCCL, was tapped by his good friend, Carnival CEO, and NBA Miami HEAT owner, Micky Arison, to serve as the team's senior vice president of marketing.

Comparing his stint with the HEAT to a "refreshing scoop of sorbet between dinner courses," McLeod enjoyed his time with the team during its 1996-1997 season.

After the expiration of his non-competition agreement, his good friend Arison made him an offer he couldn't refuse as senior vice president of marketing for Carnival Corp. McLeod went back to the industry where he found his niche, working with Carnival's senior management groups to develop cross-marketing opportunities.

Proud To Be An American Besides working to further U.S. Lines' strong sense of patriotism to potential customers, McLeod, who is very handson in dealing with customer satisfaction, still has many goals to accomplish before retiring, such as expanding U.S.

Lines' excursion base to beyond Hawaii, to destinations in Alaska and the South Pacific.

Patriotically, not politically speaking, McLeod has one specific goal to meet before he reaches the last stop on the ports of call in his career. "The day that I leave, I want to be able to walk out that door knowing that Phil (Calian) and I created an organization that gives customers the opportunity to experience a U.S.-flagged passenger vessel calling at a U.S. port with an ail-American crew," he said. "I want to customers to experience this by giving them this new option." "This is the end of the line for me," he added. "I'll make one more stop though — for a cup of coffee on my way to the first tee." There is more Cruise Industry coverage, including the current orderbook, continuing on page 63. 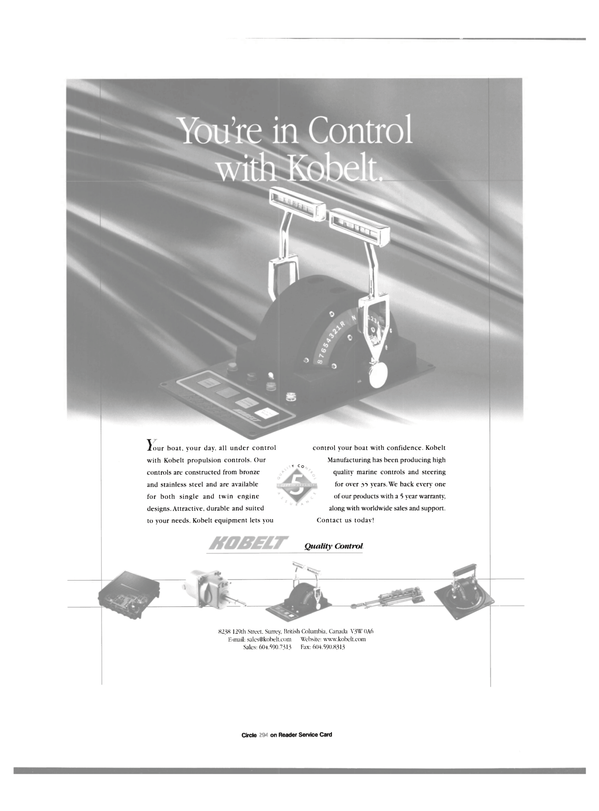