GE Marine Engines will install its LM2500 aeroderivative gas turbines in a combined diesel and gas turbinewaterjet and refined propellers (CODAG-WARP) configuration on four of the South African Navy's innovative MEKO® A-200 corvettes.

Each Blohm + Voss-constructed A- 200 will utilize one LM2500 directly connected with a gearbox to a 20- megawatt waterjet. Propulsion will be provided by two interconnected shafts powered by diesel engines propelling two independent propellers.

The first gas turbine is scheduled for a 2001 installation, with commissioning of the first vessel slated for 2004.

The units will be utilized to power the Corsaire 14000-class monohull fast ferry being constructed for Maritime Company of Lesvos (NEL), Piraeus, Greece.

LM2500+ gas turbines will be used in a Combined Diesel And Gas turbine (CODAG) configuration with two diesel engines. With a total propulsion of 66 megawatts, the 460 ft. (140 m) fast ferry will be designed to transport 1,800 passengers with a cruising speed of 42 knots on its route from Piraeus to the island of Lesvos. 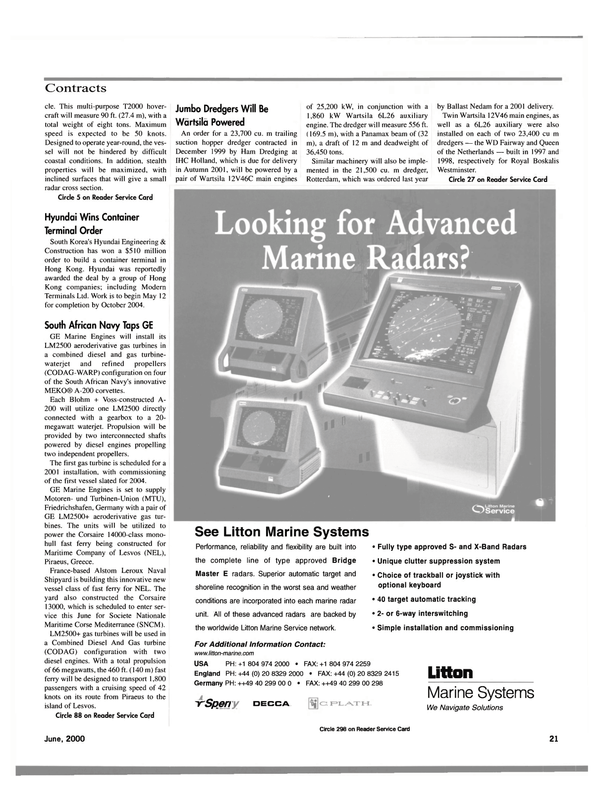