Oltramonti is a direct descendant of Commander Aldo Oltramonti, for whom the vessel is named. Commander Oltramonti was recognized for his military valor during WWII with a Medal of Honor. The vessel's launching occurred exactly one month earlier than its previously scheduled time. It is the third patrol boat launched this year by the shipyard and proceeds G3 Di Bartolo.

which was launched in February and G4 Avallone, which debuted in May.

Designated at the Bigliani V Series Class, each vessel measures 115 ft. (35 m) and is built in composite materials.

The vessel trio is capable of running at speeds of 35 knots with operational flexibility.

The most recent vessel, G5 Oltramonti, which will be delivered in eight months, is part of a larger contract the shipyard has signed with Guardia di Finanza for the construction of an additional 10, 27-in patrol boats that will clock in at 40 knots. The first ship is scheduled for delivery at the end of this year. 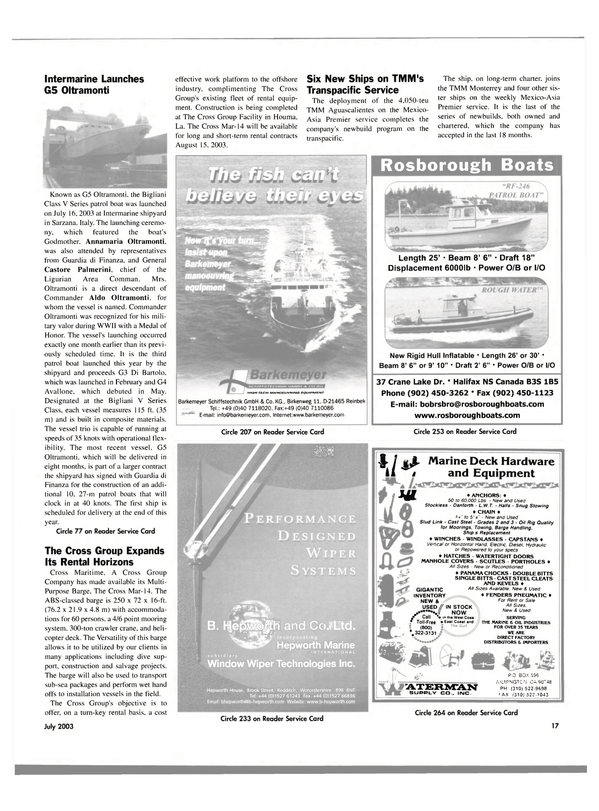