The keynote speaker for the commissioning ceremony was Vice President of the United States, Dick Cheney. Nancy Reagan also attended the ceremony and served as the ship's sponsor.

The USS Ronald Reagan incorporates myriad of new technologies and innovations developed since the first Nimitzclass carrier, USS Nimitz (CVN 68), was delivered to the Navy in 1975.

Among the changes are a completely redesigned island, a bulbous bow for improved hull efficiency, highly and integrated ship systems with increased capacity to support future upgrades and more facilities for women than on previous ships of the class.

The mammoth vessel towers 20 stories above the waterline, and at 1,092 ft.

Reagan has a 4.5-acre flight deck, more than seven million ft. of cable, and when operational will house approximately 6,000 personnel and 80 aircraft onboard. 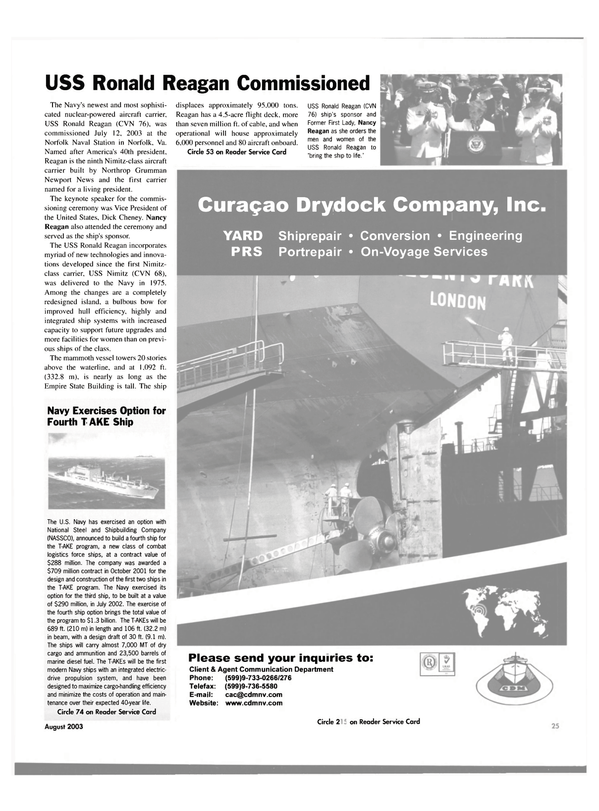