The first GE Diesel engine in Crescent Towing's fleet went into service in 1971 powering the retrofitted Port Hudson tug — a retired U.S. Navy tug. The Port Hudson is still operating today using a GE medium-speed diesel engine. "I've worked for Crescent Towing for 24 years, and the GE engines are the most dependable ones we have in our fleet of 24 tugs," said Larry Ohler, vice president, port engineer for Crescent Towing, New Orleans, La. "We operate all of our engines at full ahead, full stops, and full range of rpms. We have selected GE Diesels for our tugs because we've found that between overhauls, the GE engines require less maintenance. In addition, on average the GE Diesels will use 25 gallons per hour less fuel than other engines of the same horsepower," Ohler noted.

The most recent addition to Crescent Towing's fleet is Point Clear, which began operating in 1999 and was added to the fleet as part of Crescent's fiveyear upgrade program. Point Clear is the first Z-drive tractor tug in the Crescent Towing fleet, and it provides ship-assist work along a 250-mile stretch of the lower Mississippi River.

The 104-ft. long tug features two GE 7FDM 12-cylinder engines, providing 2,500 shaft horsepower (shp) each, and according to Ohler is the most powerful tug in New Orleans. The vessel has tankage for 85,000 gallons of diesel fuel, making it capable of prolonged towing assignments.

These engines are fuel efficient, and offer high reliability and low emissions.

They are driven by GE's new Powerstar Controller. 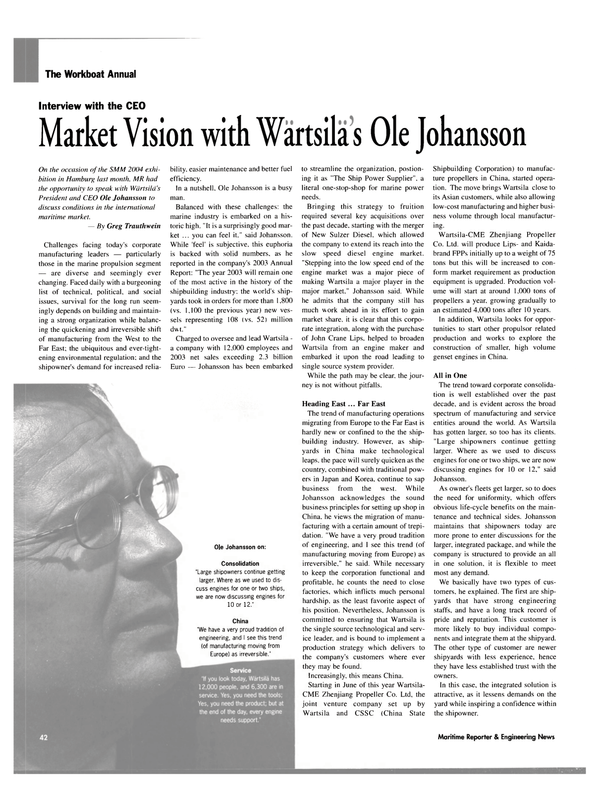