Providing Tugs For the Intricate Escort Regulations Of SF Bay 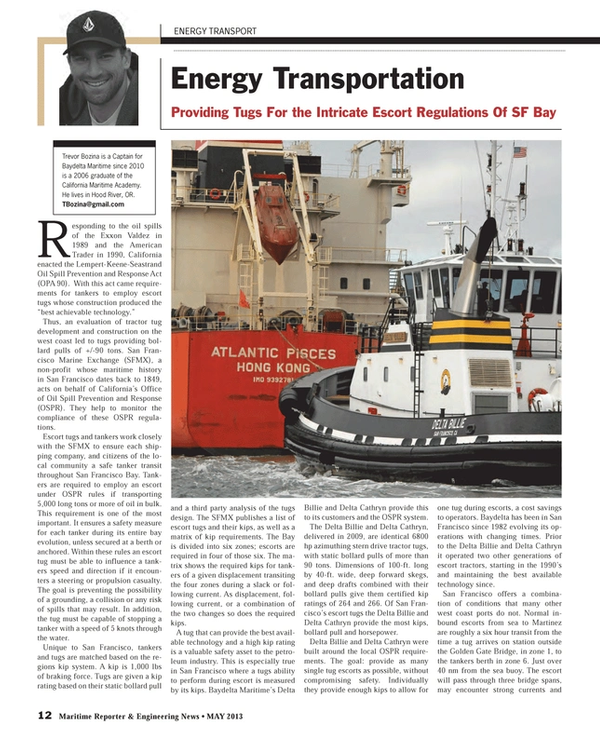