PANEL 2: Recent Moves
- 22 LNG-fueled vessels currently in operation have been classed by DNV. In addition DNV has 18 LNG-fueled newbuilding contracts and three conversions underway.
-  Wärtsilä, has been contracted to supply ship design services and the power and propulsion system for a LNG powered Platform Supply Vessel (PSV) to be built at Hellesøy Verft for owner Siem Offshore and on-charter to TOTAL.
- The port of Hamburg has a feasibility study investigating new LNG bunkering infrastructure and considering run its harbor vessels on LNG.
- Marquand & Bahls, through its subsidiary Bomin, and Linde have established a JV to build LNG infrastructure in Europe and establish a supply chain. 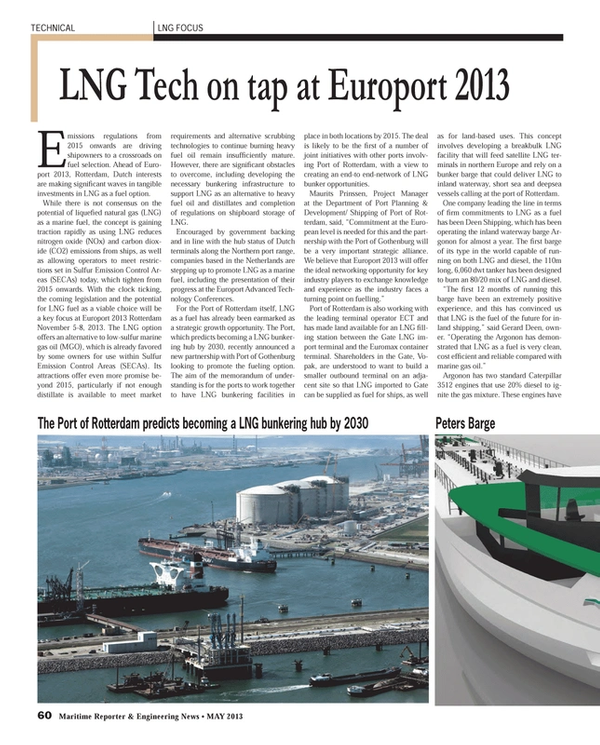 Read LNG Tech on tap at Europort 2013 in Pdf, Flash or Html5 edition of May 2013 Maritime Reporter