Abaqus FEA and XFEM for a Weld Redesign Against Fatigue Cracks

Analysis Results: Clear Sailing Ahead
Realistic simulation revealed why the original weld design performed as it did and confirmed that the new design would be safely within the recommended limit curve. The demonstrated lack of tensile stress in the weld root proved out the integrity of the new design. “This combined method of weld process simulation and fracture mechanical evaluation of weld defects with XFEM is a strong tool to evaluate the structural integrity of complex welded structures,” says Lucht. “From this analysis, we were able to verify that our new weld design is safe, both for repair of existing engines and for use in future engines.” 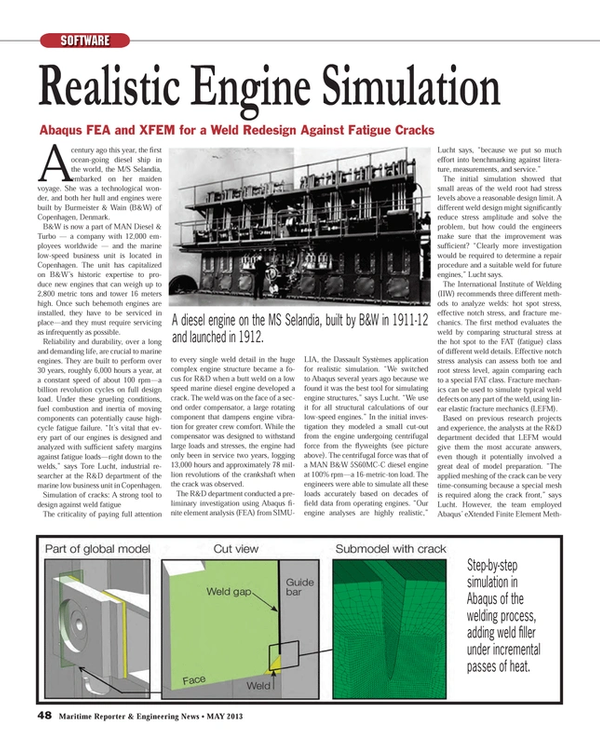