The Tech
The key innovation of the Wave Glider is its ability to harvest energy from ocean waves to provide essentially limitless propulsion and ensuring persistent presence.  It is the world’s first wave powered ocean robot. No fuel required, no personnel needed, no maintenance, no emissions.
Because of this energy independence, Wave Gliders are able to persistently gather and communicate ocean data on a far broader scale and with greater timeliness than ever before possible. It is no longer necessary to expose people to the risks and hardships of deep ocean operation. From the arctic to the equator, Wave Gliders are expanding our ability to understand the world’s oceans.
The Wave Glider is composed of two parts, the float (size of a surfboard), and a sub with wings. Connected by an umbilical tether, the float is on the surface of the ocean where conditions are the harshest with the sub below the surface protected from the surface conditions.
The separation between surface float and sub harvests wave energy and transforms it into forward thrust.
The Wave Glider is equipped with sophisticated computers for navigation and payload control, satellite communication systems, and state of the art ocean sensors to measure the environment around it. Highly customizable, it supports a growing array of sensors able to collect a wide variety of scientific and commercial data. 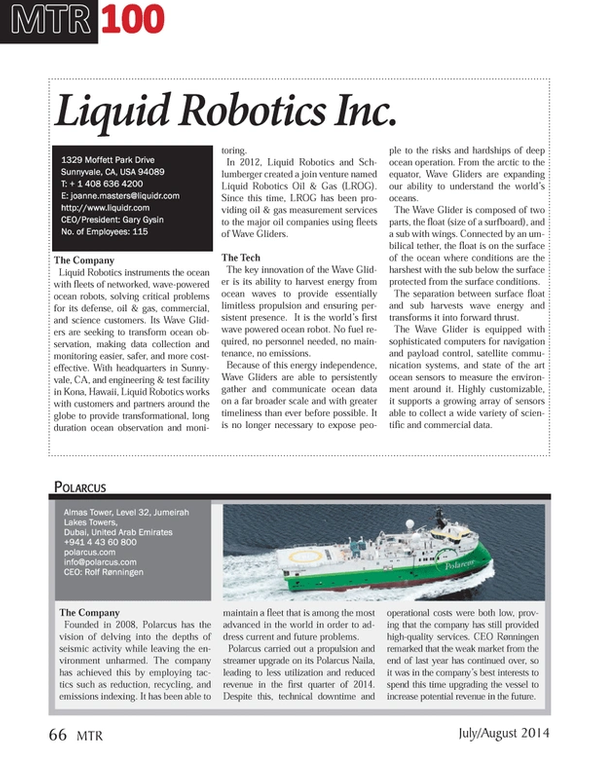