SL Hydrospheric, LLC is made up of eight members, all hailing from the deep ocean search and survey industry.  In 2009 it formed the company to combine its deep tow sonar expertise with the newly available ProSAS suite by Applied Signal Technologies (now Raytheon).  The result is the SLH PS-60 vehicle, capable of 6000 meter depth and a two km swath at 10 cm resolution.  It has performed sonar searches and surveys in the U.S., Canada, Australia and Nigeria.
The technological thrust of SL Hydrospheric is in the design of Synthetic Aperture Sonar (SAS) enhanced vehicles and their application in the search and survey industry.  Its first vehicle is the SLH PS-60, onto which is incorporated Raytheon 60 kHz ProSAS components.  SL Hydrospheric engineers and technicians designed, built and operate the vehicle and associated power and telemetry systems.  With an emphasis on long range sonar performance, the power systems were designed to be ultra-quiet, electrically.  In the future SL Hydrospheric looks forward to owning and operating AUV based systems as well, to cover the full range of SAS application. 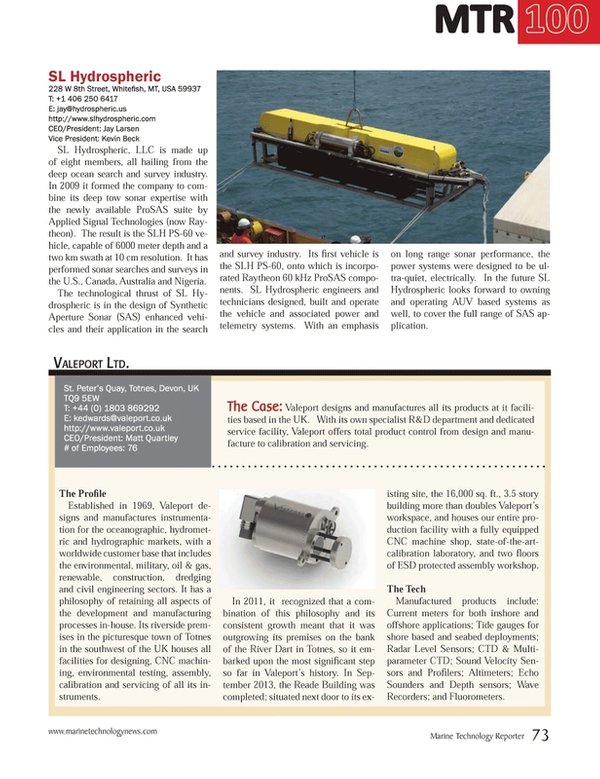