Since 1975, Cal Dive International has not only provided quality vessel management around the world, but has also focused on the continual education and training of their employees to ensure safety remains a top priority. This attitude comes about from its mantra, “Say what you do, do what you say”. Its services include manned diving, derrick, pipelay, and pipe burial services offered to oil and gas producers of any size. Its fleet of saturation diving vessels and systems is one of the largest in the world.
Cal Dive reported a better first quarter to start 2014 than in 2013. President Hébert cited a higher level of activity in Mexico as the reason for this, and that it is expected to continue throughout the rest of the year. Weather played an important factor in the amount of sales that were made. The president also reported that there has been continued improvement in the Gulf of Mexico, Sea Horizon was greatly utilized in Southeast Asia, and three platforms were installed off the coast of Ecuador. 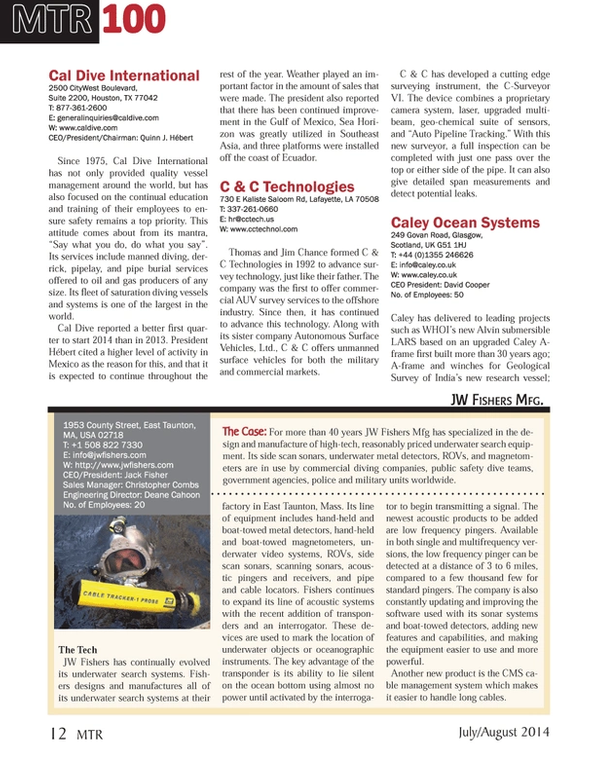