A 26-year veteran of vessel operations and design management, Mr. Finlayson will function as second in command for all areas of APL vessel operations, reporting to Charles M. Deering, vice president- marine operations. He will also be responsible for the coordination of the input from all segments of the Operations Division into APL's vessel replacement program. He will actively participate as the Operations representative in all phases of that program.

A graduate of the University of Strathclyde in Glasgow, Scotland, with a degree with distinction in naval architecture, he served as deck officer in the British and Canadian merchant fleets, and as an officer in the Royal Canadian Navy. He has also held various positions with Philip F.

Mr. Finlayson is a member of the American Bureau of Shipping Committee on Naval Architecture, and The Society of Naval Architects and Marine Engineers. 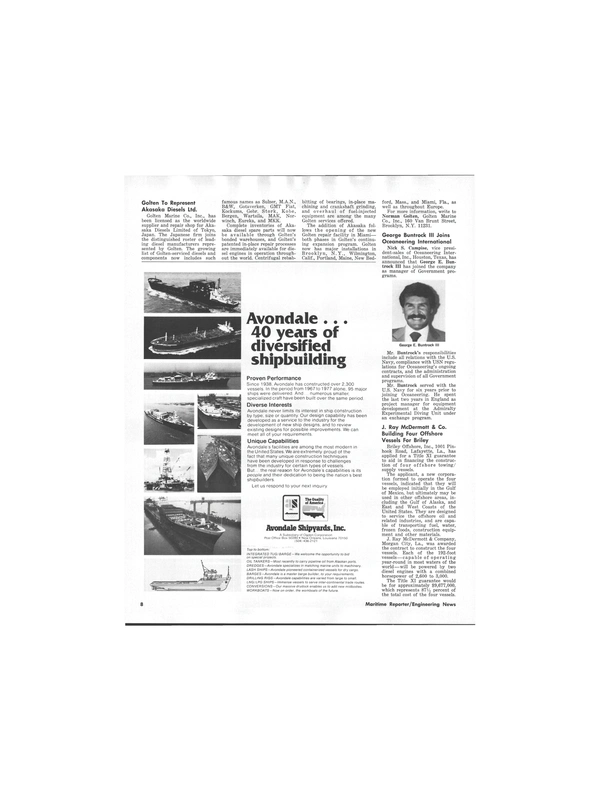