Cleveland-Cliffs Plans To Build 1,000-Ft. Self-Unloading Vessel At A Cost Of $40 Million

The Cleveland-Cliffs Iron Company, Cleveland, Ohio, has announced that construction planning is proceeding for a new super-class, self-unloading vessel to transport bulk cargoes on the Great Lakes.

The new ship will be designed to carry three million tons of western coal annually for The Detroit Edison Company from Superior, Wis., to the utility's powerplants in St. Clair and Monroe, Mich.

Cleveland-Cliffs and Detroit Edison have signed a letter of intent and plan a definitive agreement by year-end. The companies have agreed on option provisions that could result in Cleveland-Cliffs constructing one or more additional vessels when the utility's western coal requirements increase.

M. Thomas Moore, senior vice presidentcontrol, said that plans to build the vessel follow the award of a 20-year contract to Cleveland-Cliffs by Detroit Edison to transport western coal.

Although specific design for the company's new ship has not been completed, it is anticipated that the Detroit Edison coal will be carried in a 1,000-foot-long self-unloading type vessel.

Mr. Moore said the capital commitment for the new ship, which will be the first 1,000- foot vessel to join the Cliffs Great Lakes fleet, will amount to more than $40 million.

Both the Sterling and the Greene were lengthened to their current size within the last three years to increase their cargo capacity.

With the addition of the new ship to the fleet, the company's fleet improvement commitment to date will exceed $60 million.

According to John L. Horton, Marine Division manager, "This program significantly increases our participation in the growing self-unloader movement of iron ore and western coal from the Lake Superior region and the movement of eastern coal up the lakes." Headquartered in Cleveland, Ohio, Cleveland- Cliffs' primary business is the mining, processing and transportation of iron ore. It owns or leases and manages active iron ore properties containing more than three billion tons of natural and low-grade reserves in the United States, Canada, and Australia.

It has also become active in the energy minerals business.

The company has pioneered in the Great Lakes maritime industry for more than a century and operates 14 bulk carriers ranging in length from 600 to 826 feet, with a total trip capacity of 240,000 long tons. 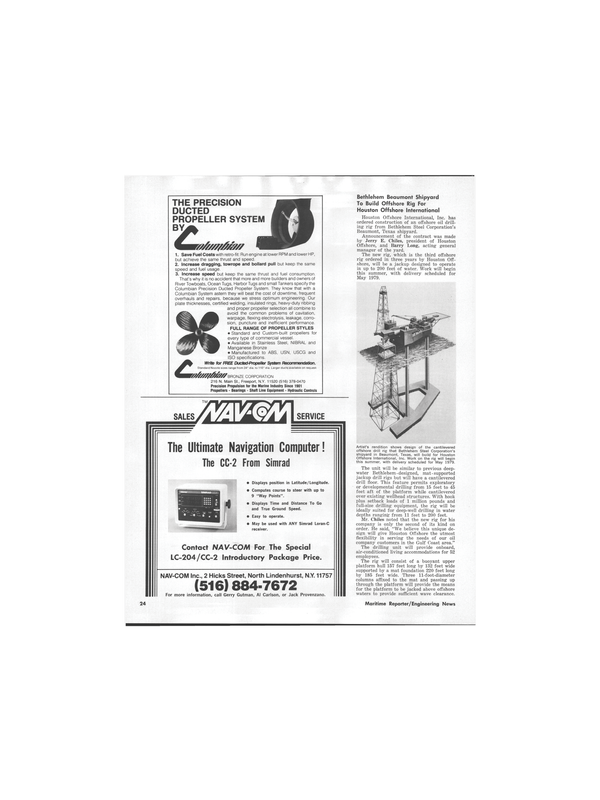 Read Cleveland-Cliffs Plans To Build 1,000-Ft. Self-Unloading Vessel At A Cost Of $40 Million in Pdf, Flash or Html5 edition of July 1978 Maritime Reporter