At a June meeting of the International Council of the International Cargo Handling Coordination Association (ICHCA), held in Amsterdam, the Netherlands, Peter Murdoch, director of Small Ports and Operational Services, British Transport Docks Board, and chairman of ICHCA U.K., was elected chairman of the executive board and council of the Association. Mr. Murdoch, who was first associated with ICHCA in 1971, has spent his entire career since 1946 in the ports industry and has had wide experience of operational matters. He has held a number of senior management appointments at BTDB, including chief commercial manager and manager of the ports of Grimsby and Immingham. Mr.

Murdoch replaces Ray Holubowicz, chairman and managing director of Marine Ventures Ltd., who had agreed at the Melbourne General Assembly in April 1977 to remain as chairman for one further year only. He steps down because of increasing private business commitments but will remain on the board.

The International Council thanked Mr. Holubowicz for the leadership and support which he had given to the Association over the years, and hoped that he would continue to give ICHCA the benefit of his experience. Mr.

Holubowicz, in response, said that he had had a long but interesting term as chairman, and he felt that he had left the International Cargo Handling Co-ordination Association in good heart and well prepared to move into the next phase of its existence.

In his view, ICHCA, as a voluntary body comprised of organizations organizations and individuals in 90 countries, could not be responsible for direct action in the cargo handling field, but could and would continue to play a vital role in acting as a disseminator of information and as a point where future policies could be crystalized sufficiently to give a lead to industry.

Mr. Holubowicz was particularly pleased to note that in the past year the Association had made progress in its policy of dissemination of information by the publication of the "Information Access" series of documents, the most important of which was the Quarterly Cargo Handling Abstracts, Issue No. 2 which had just been published.

He went on to say that the publication of "Ro-Ro Shore and Ship Ramps — A n ICHCA Survey," which encompasses details on over 1,000 ramps, would assist the working party set up by the International Standards Organisation to crystalize the industry's views on the harmonization of the ship/shore interface in ro/ro operations.

Mr. Holubowicz concluded by thanking his colleagues on the International Council f o r their support during his years of office.

He also paid tribute to the Central Office staff for their efforts in implementing the Council's policies. 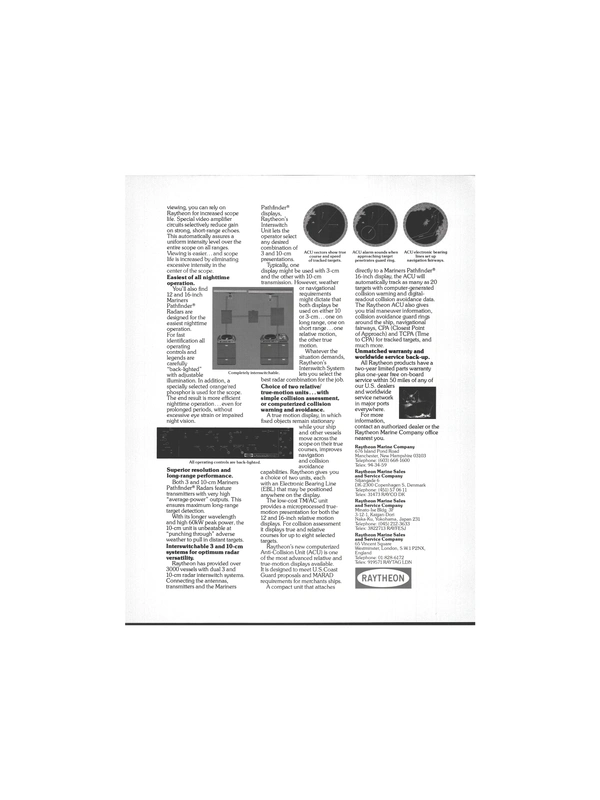