Mr. Pouch will succeed William J. Shields, who will be retiring October 31, 1978, after 50 years of service with Barber Steamship Lines and its subsidiary companies.

Mr. Shields will remain on the board of Barber Steamship Lines, Inc. after his retirement as president.

Barber Steamship Lines was founded in 1883, and was a pioneer in the USA to Far East trade, with the company being the first to offer regular sailings via the Suez Canal. This service, which now operates under the trade name Barber Blue Sea, is a joint venture of Wilh. Wilhelmsen, Ocean Transport & Trading Co., Ltd., and the Brostrom Group.

Mr. Pouch is a graduate of the Maine Maritime Academy and has served in the merchant marine and the U.S. Navy. Prior to joining Barber, he served as senior vice president of United States Navigation, Inc. He is currently a director of Pouch Terminal, Inc., a member of the board of managers of the Y.M.C.A. of New York Seamen's House, and holds elected office as Deputy Mayor and Trustee of Irvington, N.Y., where he resides with his wife and two children. 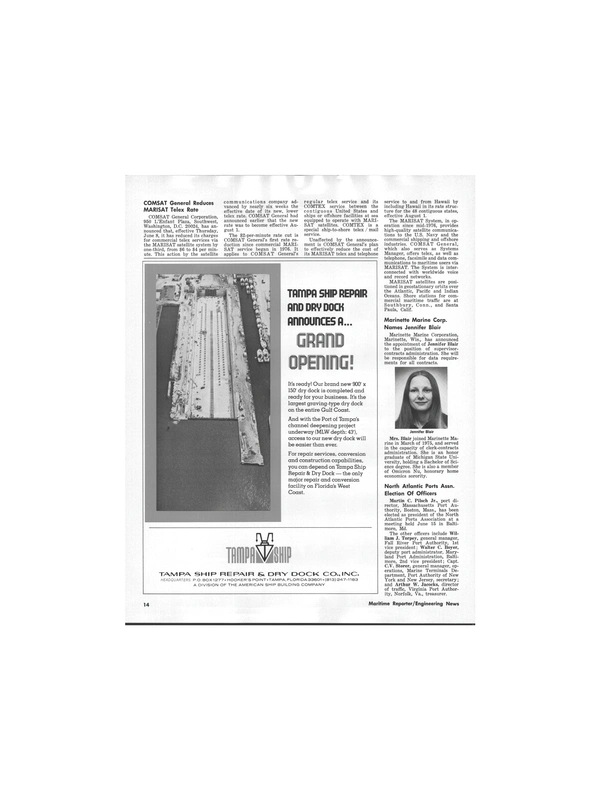