On June 4, a unique French hovercraft made its inaugural "flight" across the English Channel between Dover, England, and Calais, France. The vessel is powered by five marine gas turbines manufactured by the Avco Lycoming (Stratford, Conn.) Division.

The craft, designated N500-2, was built by the French SEDAM Company for the French National Railways (SNCF). It is operated by B r i t i s h Hovercraft, Ltd., a wholly owned subsidiary of the British Railway Board. The N500-2 has been christened The Engineer Jean Bertin, in honor of the French engineer who developed many unique hovercraft features. It is the largest fully amphibious hovercraft in the world. Capable of transporting 400 passengers and 45 mid-size cars at a maximum speed of 70 knots, The Engineer Jean Bertin will cruise the Channel at 48 to 58 knots, depending on sea conditions, with scheduled crossings of 28 minutes. The 260-ton, 164- foot hovercraft can safely transport its 85-ton payload in seas cresting at over 13 feet. The twodeck arrangement emphasizes passenger comfort, allowing a panoramic view through picturewindow- size ports located 42 feet above the water.

The Avco Lycoming family of marine turbines, the Super TF 25, Super TF 35, and Super TF 40, ranging from 2,500 to 4,600 shp, are currently serving in diverse types of marine applications around the world. In addition to hovercraft, they are adapted for ferryboat, landing craft, and river and coastal patrol boat applications. 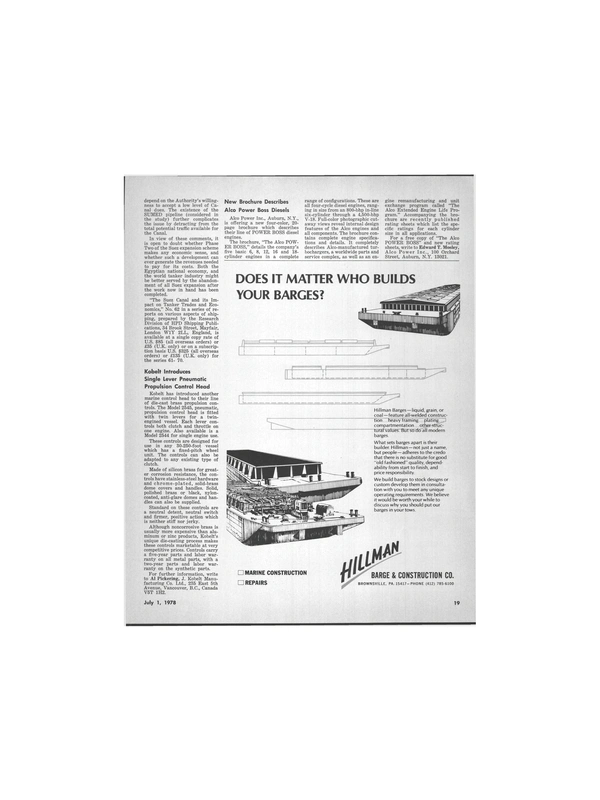