In what may be a maritime first, Bay-Houston Towing Company recently christened its four newest tugboats in a single ceremony held at City Dock 4 in the Port of Houston. These four new vessels, built at a total cost of $9.2 million, represent the second phase of a $16.9-million expansion and upgrading of the Bay-Houston fleet.

Haden, named after the company's founder. The other three vessels were christened by the family members whose names appear on the respective bows: W.D. Haden II, Barbara H. Neuhaus, and Mark Kuebler. The family-owned Bay- Houston Towing has always followed the tradition of naming its boats after family members. The fleet now totals 16 tugs.

The Captain W.D. Haden, designed and built by Halter Marine of New Orleans, is the first silicon controlled rectifier (SCR), diesel-electric tug built for Gulf Coast service. And it is the first tug to bear this name in the company's 100-plus years' history.

Captain W.D. Haden started the operation using mules on a towpath to pull sailing craft up Cedar Bayou in the late 1870s.

With the exception of main propulsion machinery, the other three vessels—W.D. Haden II, Barbara H. Neuhaus, and Mark K — are basically identical. They have a length of 95 feet six inches, beam of 32 feet, and depth of 16 feet.

All are fitted with the same auxiliary equipment and outfit as the bigger Captain W.D. Haden. All four tugs are classed + A1 by the American Bureau of Shipping, and carry a crew of 10.

The Barbara H. Neuhaus, built at Diamond Manufacturing Company's yard in Savannah, Ga., has the same power plant and auxiliaries as the W.D. Haden II. Diamond also built the Mark K, which is powered by a Nohab Polar F 212V-D825 and Reintjes WAV 3400, 4:5 reduction gear. 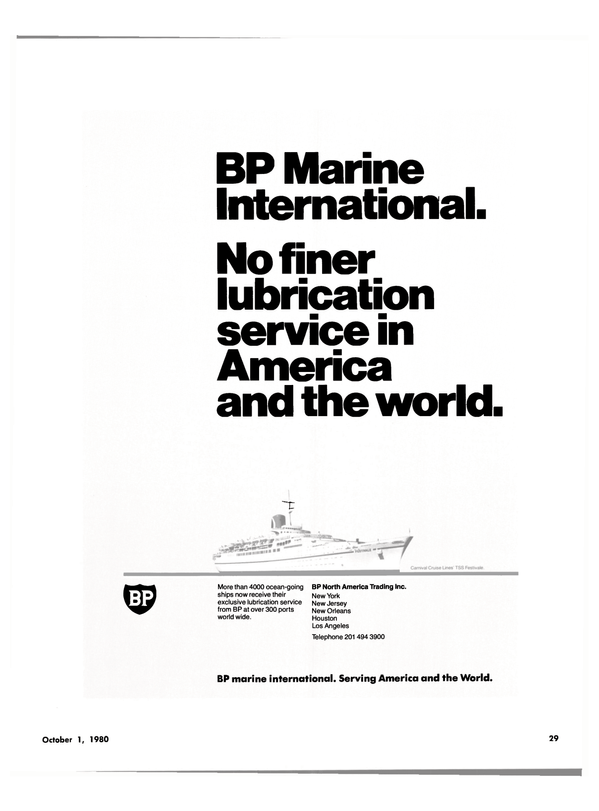